UCL IIPP collaborates with UN Habitat and LSE Cities to bring together mayors from across the world with urban leaders, designers, activists and thinkers from around the world to chart a path for empowering cities to become healthier, fairer and more environmentally responsive. 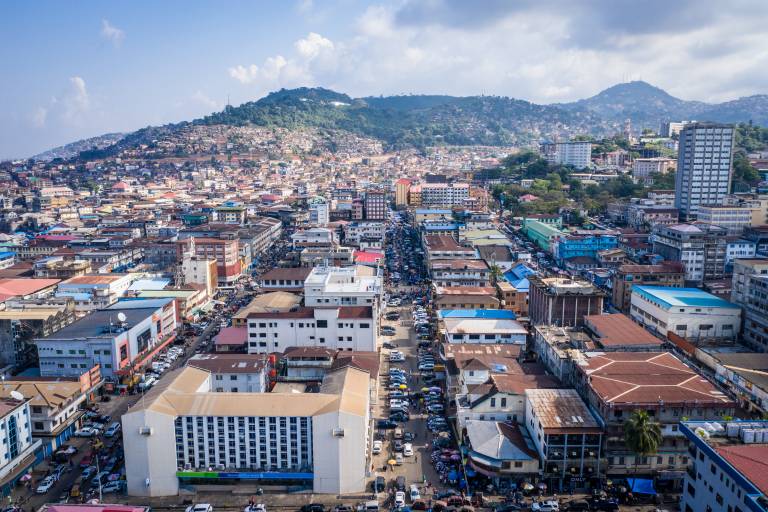 Sign up for 'Cities at the Crossroads' (3 Nov) event here

As national governments and UN negotiators meet in Glasgow for COP26 with city leaders on the periphery, the new Council on Urban Initiatives will host its inaugural session to advocate for the greater integration of cities in global debates about how to redirect our economies and societies towards ambitious social goals.

The Council is an independent body established in collaboration between UCL Institute for Innovation and Public Purpose (IIPP), UN Habitat and LSE Cities at the London School of Economics and Political Science (LSE). It is chaired by economist Professor Mariana Mazzucato (IIPP) and architect Professor Ricky Burdett (LSE). At the inaugural event they will host mayors from Mexico City, Bogota, New Orleans and Barcelona.

Constituted initially by an international group of eighteen pioneering mayors, practitioners, activists and academics, the Council has been formed in response to UN Secretary-General António Guterres’ call to use the COVID-19 pandemic as an ‘opportunity to reflect and reset how we live, interact, and rebuild our cities’. The Council’s mission is to centre the urban in global debates, influence agendas at the highest levels of the UN and international community, and to promote experimentation to overcome barriers to innovation and progressive policymaking at the city level. The work will be organised around three ambitious challenges: the JUST city, the HEALTHY city and the GREEN city.

​​​​​"Cities sit at the heart of delivering the Sustainable Development Goals – but are held back by out-of-date governance structures and economic reasoning. The Council on Urban Initiatives will reimagine the tools, practices and governance frameworks cities need to address society’s most urgent grand challenges, from climate to health and digitalization."

“Bringing together urban leaders who have transformed their cities – from Barcelona to Bogota – with activists, thinkers and practitioners, creates a real opportunity to reimagine the way cities are planned and decisions are made to make cities fairer, healthier and greener.”

“The success of society in the 21st century depends on our collective response to interlinked global crises. We need a bold new narrative now. We need to bring visionary Mayors to the table to help address these interlinked global crises and reframe the discourse on the role of cities, urban governance, design and planning. It will provide big-picture insight to front-line urban decision-makers around the world.”

The launch event ‘Cities at the Crossroads’ will be held on 3 November 2021 at the British Academy in London to coincide with COP26. The UN Secretary General will open the discussion virtually, and speakers will include Mayor LaToya Cantrell of New Orleans, Mayor Ada Colau of Barcelona, Mayor Claudia Lopez of Bogota, Maimunah Mohd Sharif, Executive Director of UN-Habitat, Professor Richard Sennett and Council co-chairs Mariana Mazzucato and Ricky Burdett.