The Camden Renewal Commission, co-chaired by IIPP Director Professor Mariana Mazzucato and supported by an IIPP secretariat, has developed four missions to rebuild an inclusive, sustainable, equitable and fair local economy and society in Camden to overcome inequalities. 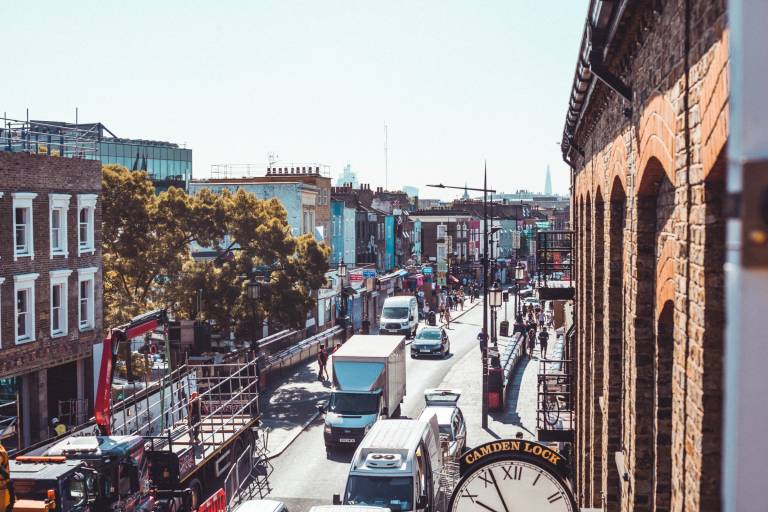 Photo by Charles Postiaux on Unsplash

The Camden Renewal Commission led by Camden Council and UCL Institute for Innovation and Public Purpose (IIPP) through its co-chairs – Councillor Georgia Gould, Leader and Deputy Leader of Camden London Borough Council and Professor Mariana Mazzucato, Founding Director of the UCL IIPP, is today launching its four missions aimed at building an inclusive, sustainable, equitable and fair local economy and soceity in Camden to overcome inequalities.

The Renewal Commission has designed its four missions based upon the work of Professor Mazzucato and IIPP surrounding mission-oriented innovation policies. The missions approach is intended to support Camden in shaping the local economy and society towards an inclusive and sustainable direction, helping the borough level up communities that have been enveloped by chronic deprivation. With Support from IIPP, the Mayor of London has also adopted a missions approach for the London Recovery Programme, with the grand challenge of restoring confidence in the city, minimising the impact on communities and building back better the city's economy and society.

After a nine-month design process where commissioners participated in a series of activities, contributing their unique expertise and experience to shape and develop the mission statements, the Commission arrived at four key missions.

•    By 2030, those holding positions of power in Camden are as diverse as our community – and the next generation is ready to follow

•    By 2025, every young person has access to economic opportunity that enables them to be safe and secure

•    By 2030, everyone eats well every day with nutritious, affordable, sustainable food

•    By 2030, Camden’s estates and their neighbourhoods are healthy and sustainable

'I founded the UCL Institute for Innovation and Public Purpose (IIPP) to challenge the notion of how public value is imagined, understood and produced with policymakers at a global level. It has been inspiring to work alongside Council Leader Georgia Gould and the other commissioners over the last nine months reimagining these ideas on the ground and designing a mission approach to achieve a more inclusive and fairer borough in IIPP’s backyard. We are excited to continue this work with Camden.'

“During the course of the pandemic, we’ve seen what we can achieve in Camden when communities come together with a shared goal. With our renewal missions, we want to continue and deepen this shared endeavour with our community to tackle some of the big challenges our community faces, including structural inequality and climate change. I’ve been energised and inspired by working with our commissioners and community partners to develop these missions – and look forward to continuing to work together to achieve them.”

Camden Council will be holding a series of virtual launch events where commissioners from the Renewal Commission, Council leaders and selected community partners will explore the four missions and discuss activities taking placing to support them. During the virtual launch series, the Council will share how it has reorganised new teams of policy designers to support the missions. Local private sector and community organisations will discuss how the missions aim to influence long-term activity in their sectors and share how their organisations plan to take supportive actions.

IIPP will play a key role in supporting Camden’s missions for renewal following the launch event. This work holds particular significance to IIPP as UCL is based in Camden. Initially, IIPP will work with Camden on the delivery of its four missions through a project supported by the UCL Knowledge and Innovation award. Other projects beginning over the coming months will enable IIPP to further engage with Camden on its missions.