Founding Director of the UCL Institute for Innovation and Public Purpose (IIPP) Professor Mariana Mazzucato has been awarded the prestigious 2020 John von Neumann award in recognition for her influential work in the field of economics. 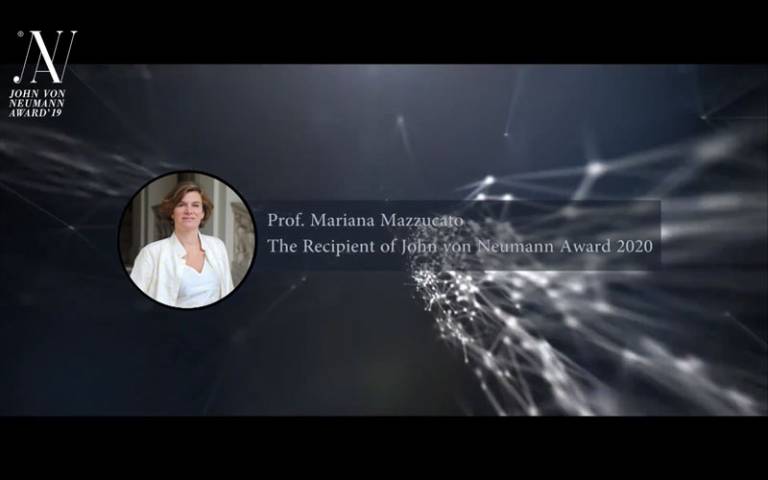 The John von Neumann award is given annually by Rajk College in Budapest, Hungary, to an outstanding scholar in economics and related social sciences, whose works have had substantial influence on the studies and intellectual activity of the students of the college. The award is special in the sense that it is voted upon by the students themselves.

Established in 1994, this annual award is named after John von Neumann who was a Hungarian-American mathematician, physicist, computer scientist, engineer and polymath. Von Neumann made major contributions to many fields including mathematics, geometry, physics and economics. Other recipients of the award include Kenneth Arrow, Esther Duflo, Emmanuel Saez and Dani Rodrik.

While she was not able to accept the award in person due to COVID-19, Professor Mazzucato gave her acceptance lecture to the College via the internet this week. The title of her presentation was “Rethinking the state from public goods to public purpose and public value”.