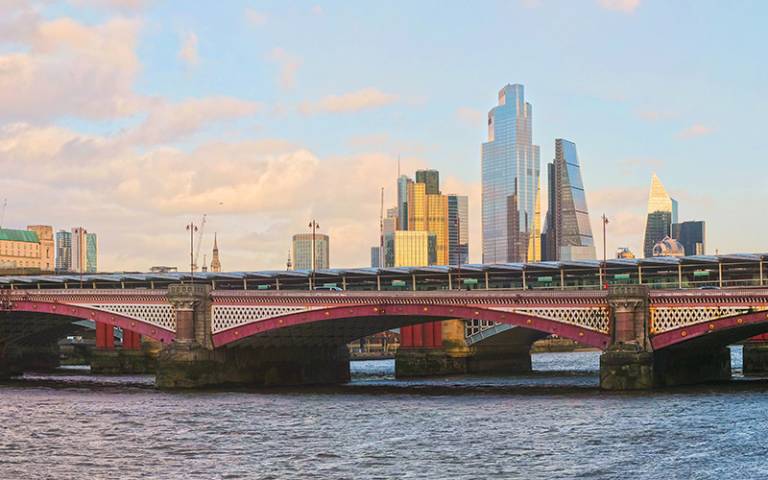 UCL Institute for Innovation and Public Purpose Founding Director, Mariana Mazzucato, has been named as a member of the newly formed UK Innovation Expert Group (IEG), which held its inaugural meeting in September.

Originally announced in July as part of the UK’s Research & Development Roadmap initiative, the group will be charged with reviewing the whole UK innovation system, including strengthening the interactions between discovery research, applied research, innovation, commercialisation and deployment. The group will be hosted by the Ministry for Business, Economics and Industrial Strategy (BEIS).

This appointment and the institute’s engagement with the IEG is designed to build on IIPP’s influential work with the UK government over the past two years, both in industrial strategy and in new metrics for innovation projects. The institute’s work has been impactful in the UK’s Industrial Strategy from 2017 onwards, advising the government to shape a ‘challenge-led’ agenda, shaped by research around mission-oriented innovation. These proposals were accepted when then Secretary of State Greg Clark launched the Industrial Strategy White Paper in 2017.

A team led by Professor Mazzucato, Lord David Willetts (former minister for Universities and Science) and Dr George Dibb subsequently hosted the Commission for Mission-Oriented Innovation and Industrial Strategy, working closely with BEIS to frame bold and achievable missions around the Grand Challenge areas of clean growth, the future of mobility, artificial intelligence & data, and healthy ageing. The Commission launched its final report in May 2019, supported by Chris Skidmore MP, Minister of State for Universities, Science, Research and Innovation, who spoke at the report launch alongside Sir Patrick Vallance, Government Chief Scientific Advisor.In October 2020, IIPP released a report for BEIS’ Better Regulation Executive which aims to explore alternatives to traditional economic policy evaluation and appraisal, which are better aligned to mission-oriented policy-making.

The goal of the Innovation Expert Group’s efforts will be to stimulate private sector investment and support public services to get the most out of the UK’s research base.

Chaired by Dr Hayaatun Sillem CBE, CEO of the Royal Academy of Engineering, the Group will bring together leading experts from industry, public services, the investment community and across the relevant disciplines of the research community.