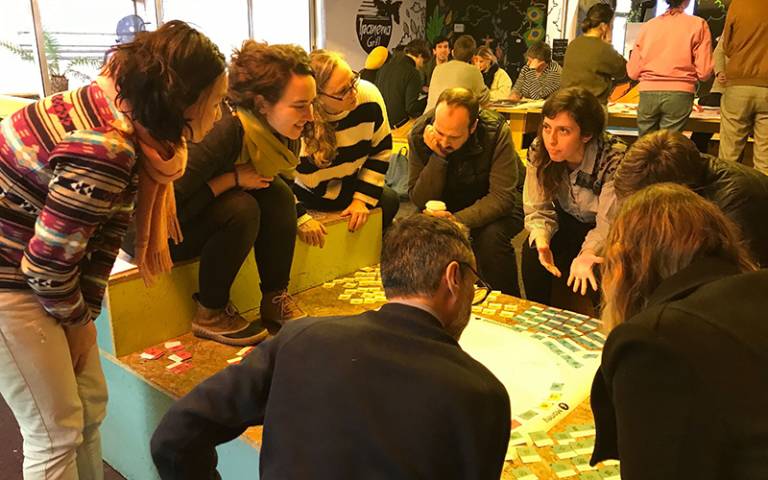 The UCL Institute for Innovation and Public Purpose is concerned with the lack of progress in the negotiations with the UCU. We support those taking action, and hope that the leadership in UCL can press for a speedy and fair resolution.

We take the strike seriously not only due to the issues around our own work environment but also because at IIPP we teach that capitalism has so often benefitted from the actions of labour movements fighting – through industrial action – for better conditions and also of course citizen movements – such as today’s green movement. The issues raised in this strike – casualisation, declining real wages, precarious work, inequality and declining quality of pensions – matter and affect us and the quality of education across the UK. In particular this affects our lower paid staff beginning their academic careers such as PGTAs. 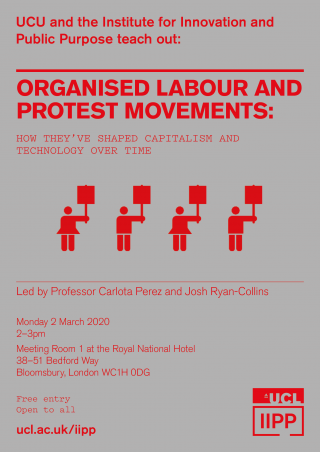 At issue is what working in higher education will be in the future and whether those in this sector will have the security to build their lives and flourish, as did previous generations. Staff working conditions are student learning conditions. Ultimately, having staff with secure, well paid jobs will result in better teaching and better outcomes for students. We are particularly disappointed with the lack of action in this area given the Russell Group meeting minutes released last week which show that the group itself recognises casualisation affects student learning, staff well-being, and attrition of talent.

Our response at IIPP is thus to use our voice. We have used this period of strike action to support and organise teach-outs, focusing on labour issues and to review our policies.

We encourage the leadership of UCL to recognise the urgency and importance of the issues at hand and to take the needed steps to resolve them.