On Sunday 12 November, the IIPP co-hosted a film screening and dinner with the Martin Prosperity Institute (MPI), University of Toronto. 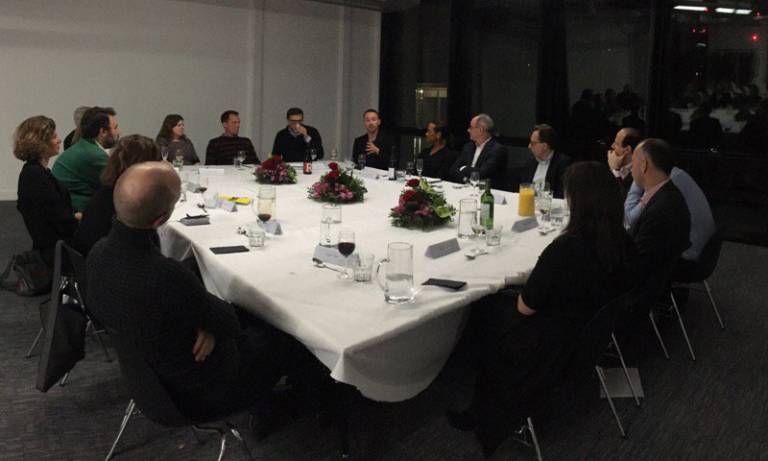 The event was held on the 6th floor of 22 Gordon Street, featuring views of London’s skyline.

The film, called ‘ProsperUS’, presents Prof Roger Martin’s view on the evolution of industrial structure in the developed world and the emergence of ‘talent’ as a class separate to labour and capital. It was developed with the Nantucket Project. In the film Martin argues that talent is rising as an economic and political force, disrupting the balance between classes and political parties. This hypothesis is illustrated with examples from the private sector and from the world of elite sports.

The screening was followed by a dinner where delegates discussed the film and its subject matter. The dinner brought together leading academics, private sector strategists, policy makers and activists.

The dinner conversation was lively and centred on the roles of the private sector and government in alleviating the problem of economic disparity.