Keith Magee is a Visiting Professor in Cultural Justice at the UCL Institute for Innovation and Public Purpose (IIPP).

The Reverend Professor Keith Magee Th.D., FRHistS, FRSA is Visiting Professor of Practice in Cultural Justice at UCL Institute for Innovation and Public Purpose (IIPP). He’s maintained a role as Senior Fellow within UCL Cultural Engagement, where he’s led Black Britain and Beyond a social platform and think-tank. He is also a Fellow at UCL Centre on U.S. Politics (CUSP). Equally, he is Professor of Practice in Social Justice at Newcastle University. 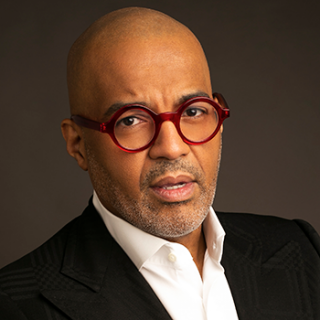 Noted a public intellectual, Magee has a professional career of over three decades in public theology, public policy, and political affairs all leading to social justice. The Biden-Harris Administration’s US Ambassador to the Court of St James’s has appointed him to the U.S. - U.K. Fulbright Commission, having served on the Biden 2020 President Campaign’s African American Kitchen Cabinet. Previously, he served as a Senior Religious Affairs Advisor with the Obama-Biden for America in 2008 and 2012.

He serves as the Co-Chair of the Endowment Committee on the Board of the Congressional Black Caucus Foundation and Trustee of Facing History and Ourselves. He is an elected Councillor of Democrats Abroad U.K.  The Mayor of London Sadiq Khan appointed him as a Commissioner on Diversity in the Public Realm. He was elected as a Fellow of the Royal Historical Society and is a Fellow of the Royal Society of Arts. He was inducted into the Morehouse College Martin Luther King Jr. Collegiums of Scholars. He is a life member of Kappa Alpha Psi Fraternity, Inc. and a member of Sigma Pi Phi Fraternity.

As a dyslexic, one of his most significant accomplishments is a co-creator of the Multicultural Initiative at the Yale Center for Dyslexia and Creativity. He has secured over $15 millions to develop programs and initiatives that advocate and support dyslexia globally. One of the efforts led to the co-founding the St. Joseph’s University Urban Teachers Masters of Education Residency Training Program.

Magee is a CNN, NBC and BBC contributor—on issues of social justice, politics, race, and religion. He is also the author of Prophetic Justice: Race, Religion and Politics, January 2021. He and his seven year old son are based in the United Kingdom.