Fiscal Policy and Human Rights in a Mission-Oriented Approach 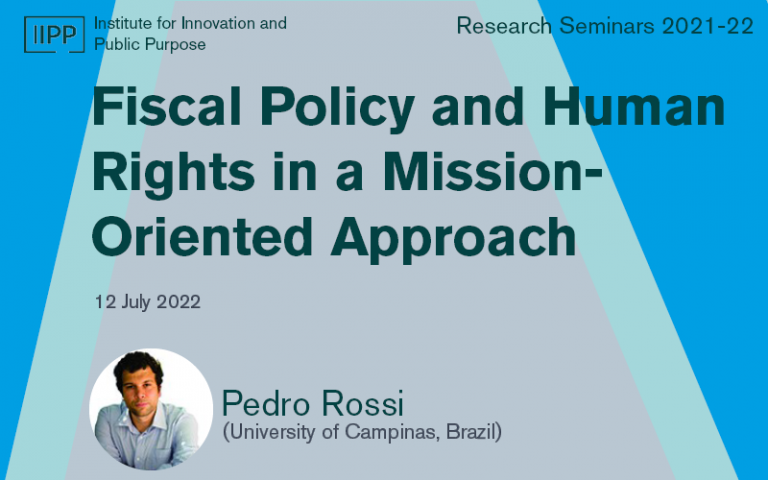 Join us to hear Pedro Rossi, Associate Professor of Economics at the University of Campinas (UNICAMP – Brazil) discuss his research on 'Fiscal Policy and Human Rights in a Mission-Oriented Approach'. This talk will be chaired by IIPP’s Dr Antonio Andreoni, followed by questions from the audience.

Human rights are a topic often neglected among economists. It seldom appears as a relevant issue for fiscal policy and is usually ignored in the design of rules for the management of public budgets. This paper seeks to investigate the reasons for this omission and to conceive a fiscal policy from a human rights perspective. To this end, three steps are necessary. First, assessing the detachment between economic theory and the human rights approach while pointing out incompatibilities between the latter approach and orthodox economics. Second, dealing with the relationship between human rights and fiscal policy, and showing how these topics are mutually conditioned. Finally, reviewing the economic debate over fiscal rules and proposes a fiscal policy from a human rights perspective and a mission-oriented approach to development. With these three steps, the goal is to redefine the idea of fiscal responsibility and propose considerations for fiscal rules and a fiscal policy focused on guaranteeing human rights.

Join us to hear Pedro Rossi talk about on his research on 'Fiscal Policy and Human Rights in a Mission-Oriented Approach'. This talk will be chaired by IIPP’s Head of Research Dr Antonio Andreoni with Dr Kate Roll as discussant. Followed by questions from the audience.

Associate Professor of Economics at University of Campinas (UNICAMP – Brazil)

Pedro Rossi is an Associate Professor of Economics at the University of Campinas (UNICAMP – Brazil) with a specialization on the macroeconomic aspects of Brazilian development, social impacts of fiscal policies and the exchange rate policies. Professor Rossi has been a Research Fellow at UNCTAD/UN and a Visiting Professor at Fudan University in Shanghai. He was a director of the Brazilian Society for Political Economy (SEP) and director at the Center for Studies on Current Trend and Economic Policy at UNICAMP. Pedro is currently a member of the expert committee of the International Initiative Principles for Human Rights in Fiscal Policy, and participates in the economic group of the Perseu Abramo Foundation, which advises the current presidential campaign of Lula, candidate running for the workers' party in Brazil. More about Pedro Rossi 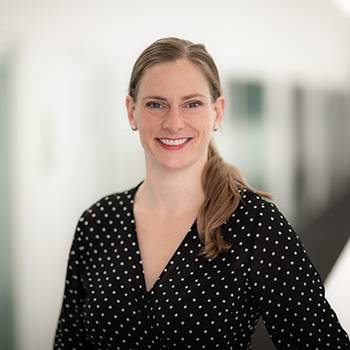 Dr Kate Roll is a political scientist interested in vulnerability, with a particular focus on the factors that enable people to gain greater social, political and economic security. Her work asks questions such as: Who gets what after war and why? And who carries risk when corporations sell through the poor? Her multi-disciplinary work brings together politics, technology, business ethics, and development studies. Committed to grounded research, she has conducted in-depth field research in Timor-Leste, Indonesia, the Philippines, and Kenya.

Dr Roll holds a DPhil in Politics (2015) and an MPhil in International Development Studies (2011; distinction) from the University of Oxford. Dr Roll’s doctoral fieldwork involved logging over 1,000 km on a motorbike, crisscrossing Timor-Leste to survey and interview over 220 registered former combatants – now one of the largest studies of its kind. Her BA from Brown University is in International Relations (2006; honours, Phi Beta Kappa), where her award-winning thesis focussed on how private military companies establish legitimacy. 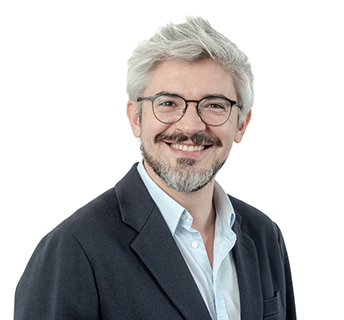 Dr Antonio Andreoni is Associate Professor of Industrial Economics at University College London (UCL), and Head of Research of the UCL Institute for Innovation & Public Purpose. He is also Visiting Associate Professor in the Fourth Industrial Revolution at the South African Research Chair (SARCHi) in Industrial Development, University of Johannesburg. Dr Andreoni is an Editor of the European Journal of Development Research and an Associate Editor of Economia Politica – Journal of Analytical and Institutional Economics

Before joining UCL, Dr Andreoni was Senior Lecturer in Economics at SOAS University of London and Research Director of the Anti-Corruption Evidence Research Partnership Consortium (SOAS-ACE). He started his academic career at the University of Cambridge where he was Post-doctoral Research Associate in University-Industry Strategic Partnerships, Institute for Manufacturing, Department of Engineering. Over the last decade Dr Andreoni has held Fellowships at the Institute for Advanced Sustainability Studies (IASS) at Potsdam, Vienna Institute for International Economic Studies (wiiw) and TELECOM Ecole de Management, Paris. He has been a Member of the Initiative for Policy Dialogue (IPD) at Columbia University, the Academic-Industry Research Network and the Cambridge Babbage Forum.

For over a decade Dr Andreoni has worked as an expert for several national development departments, United Nations agencies and international multilateral organisations including the World Bank, OECD, DFID, GIZ, AFD, UNIDO, UNCTAD, ILO, UNDP, UN DESA and UN ECA. He also advised governments in industrial policymaking in South Africa, Tanzania, Uganda, Finland and the UK. He served in several advisory boards including the OECD Expert Group on the Evaluation of Industrial Policy; the World Bank Mobilizing Local Knowledge to Improve Competitiveness Strategies Programme; the EU Advisory Board for RIS3 Support to Lagging Regions Working Group; the UK Business Integrity Initiative. He also collaborated with foundations such as Gatsby Africa and the African Climate Foundation (ACF).

In 2021 Dr Andreoni received the ASN Habilitation to Full Professor in Economics from the Ministry of University and Research of Italy (Classi Concorsuali 13/A1 Economia Politica, 13/A2 Politica Economica e 13/A4 Economia Applicata).Dr Andreoni holds a PhD from Cambridge University and is Life Member of Clare Hall. Before moving to the UK, Dr Andreoni was trained in economics at the University of Bologna and was awarded the XIX Fausto Vicarelli National Award and the XIV Guido Carli National Award.