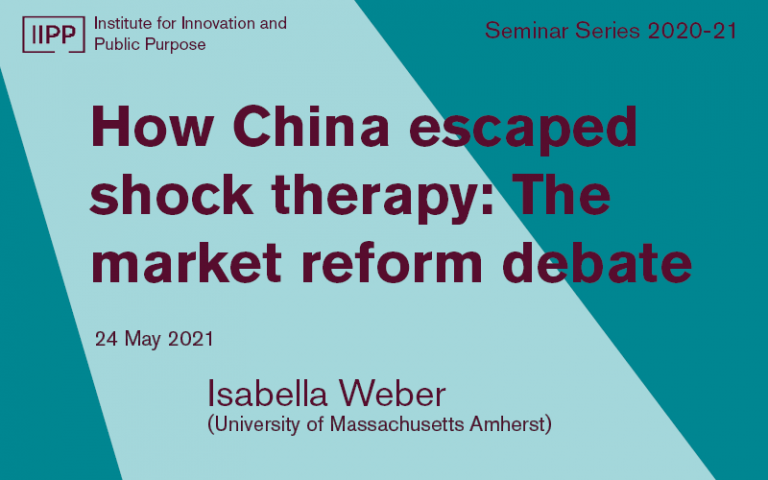 Join us to hear Isabella Weber talk about her new book and research on "How China escaped shock therapy: The market reform debate". This talk will be chaired by IIPP’s Antonio Andreoni with a discussion from Olga Mikheeva (Research Fellow in Public Banking at IIPP). Followed by questions from the audience.

Few economic policy decisions have been as consequential as China’s choice of reform approach. This talk, based on Isabella Weber’s new book How China Escaped Shock Therapy, uncovers the path-breaking market reform debate that shaped the economics of China’s rise. In the first post-Mao decade China’s reformers were sharply divided: should China destroy the core of the socialist system through shock therapy, or should it use the institutions of the planned economy as market creators? Based on extensive research, including interviews with key Chinese and international proponents and World Bank officials as well as access to unpublished documents, the book charts the logic of state-led market creation that underpinned China’s path to gradual reindustrialisation. Beyond shedding light on the crossroads of the 1980s, it reveals the intellectual foundations of state-market relations in reform-era China. 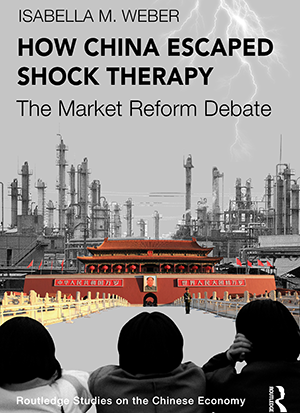 Professor of Economics at University of Massachusetts Amherst 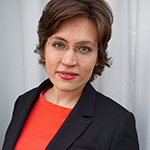 Isabella Weber holds a Ph.D. in Development Studies from the University of Cambridge and a Ph.D. in Economics from the New School of Social Research and is an Assistant Professor of Economics and the Research Leader for China of the Political Economy Research Institute at the University of Massachusetts Amherst. Isabella works on the economics of China’s rise and long-term structures of globalisation. She is the author of How China Escaped Shock Therapy: The Market Reform Debate (forthcoming) and the Principle Investigator of the Rebuilding Macroeconomics project What Drives Specialization? A Century of Global Export Patterns.
Read more about Isabella Weber
Follow Isabella on Twitter: @IsabellaMWeber