The global housing crisis and the home ownership myth 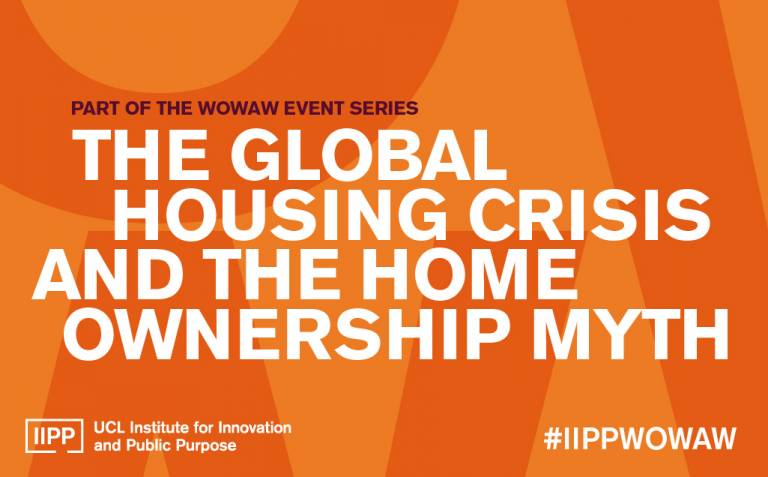 The UCL Institute for Innovation and Public Purpose (IIPP) invites you to join this thought-provoking discussion on housing, home ownership and rent extraction. The talk is part of the ‘Who owns what and why?’ (WOWAW) event series.

The world is facing a housing affordability crisis. House prices are currently more than three times median family income – the standard definition of ‘unaffordable’ – in more than 90% of 502 international cities.

Homeownership rates are collapsing amongst younger cohorts with profound consequences for wealth and income inequality, with the young and low-income groups worst affected. Rents are also rising beyond incomes in many major cities where jobs are located as property has become an ever more desirable investment opportunity.

How has this happened and what policies are required to return housing to being a consumption good rather than a financial asset that enables rent extraction? How can we transform the housing market for a sustainable and inclusive economy?

This talk is chaired by IIPP’s Head of Finance and Macroeconomics, Josh Ryan-Collins, in conversation with Leilani Farha (The Shift), Brett Christophers, (Uppsala University), and Sebastian Kohl (Max Planck Institute for the Study of Societies).

This talk is funded by the Omidyar Network as part of the ‘Who owns what and why?’ IIPP event series. Follow the conversation on Twitter at #IIPPWOWAW 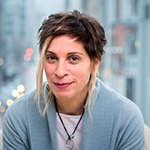 Leilani is the Global Director of The Shift, an international movement to secure the right to housing and the former UN Special Rapporteur on the Right to Housing (2014- 2020). The Shift was launched in 2017 with the UN Office of the High Commissioner for Human Rights and United Cities and Local Government and works with multi-level stakeholders around the world including with several city governments in North America and Europe. Leilani’s work is animated by the principle that housing is a social good, not a commodity. She has helped develop global human rights standards on the right to housing, including through her topical reports on homelessness, the financialization of housing, informal settlements, rights-based housing strategies, and the first UN Guidelines for the implementation of the right to housing. She is the central character in the award-winning documentary PUSH regarding the financialization of housing, directed by the Swedish filmmaker Fredrik Gertten. PUSH is screening around the world and to continue its momentum Leilani and Fredrik now co-host a podcast – PUSHBACK Talks - about finance, housing and human rights.
Follow Leilani on Twitter: @Leilanifarha and @Make_TheShift
More about Leilani Farha Brett Christophers is Professor in the Department of Social and Economic Geography at Uppsala University, Sweden. A political economist and economic geographer, he is also the author of numerous books with his most recent being ‘Rentier Capitalism: Who owns the economy, and who pays for it’  (2020),  ‘The New Enclosure: The Appropriation of Public Land in Neoliberal Britain’ (2018) and The Great Leveler: Capitalism and Competition in the Court of Law’ (2016). Brett’s research ranges widely across the political and cultural economies of Western capitalism, in historical and contemporary perspectives with particular interests in money, finance and banking; housing and housing policy; urbanization; markets and pricing; accounting, modelling and other calculative practices; competition and intellectual property law; and the cultural industries and the discourse of ‘creativity’. More about Brett Christophers

Senior Researcher, Max Planck Institute for the Study of Societies 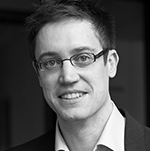 Sebastian Kohl is a senior researcher at the Max-Planck Institute for the Study of Societies where he received his PhD in a co-tutelle with Sciences Po. Previously, he was a Kennedy Fellow at Harvard’s Center for European Studies and a researcher at Uppsala University. His research interests include the political economy and economic sociology of housing, finance and insurances. His historical-comparative and data-driven research has been published in ‘Socio-economic Review’, ‘Politics & Society’ and the ‘Review of International Political Economy’. His recent book is ‘Homeownership, Renting and Society: Historical and Comparative Perspectives’, published with Routledge. More about Sebastian Kohl

Head of Finance and Macroeconomics, Institute for Innovation and Public Purpose 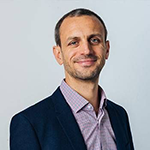 Josh is an economist whose research focuses on money and banking, the economics of land and housing, and sustainable finance.  His book ‘Why Can't you Afford a Home?’ (2018, Polity Press) argued that changes in the financial system were key to explaining rising house prices in advanced economies, rather than supply-side constraints.  Other co-authored books include ‘Rethinking the Economics of Land and Housing' (2017) which was included in the Financial Times’ top 12 economics books of 2017, and ‘Where Does Money Come From?’ (2011). the first comprehensive study of an advanced economy monetary system. Josh was previously Senior Economist at the New Economics Foundation (NEF), one of the UK’s leading progressive think tanks, and is a council member of the Progressive Economy Forum.
Follow Josh on Twitter: @jryancollins More about Josh Ryan-Collins