The Second Report says government must urgently develop a long-term vision for the UK which decisively addresses deprivation, unlocks regional economic potential and confronts the challenges presented by climate change and new technologies. 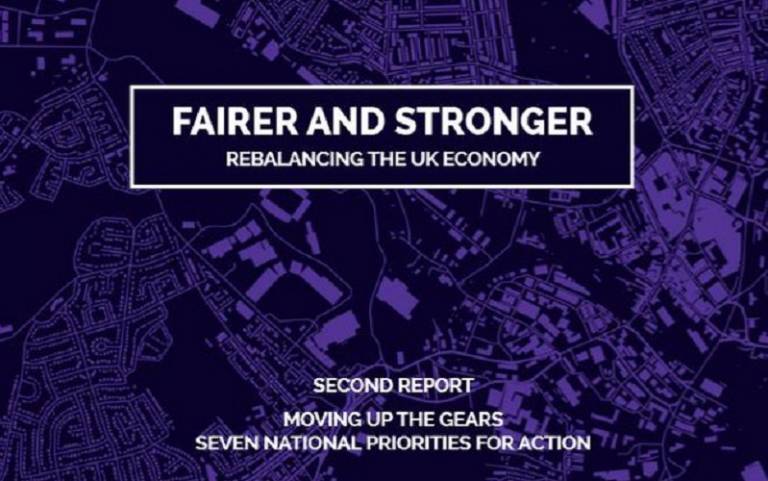 The UK2070 Commission, which is chaired by the former head of the Civil Service, Lord Kerslake, says deep-rooted economic divides across the UK will worsen unless government addresses strategic failings in regional policy which stretch back 50 years. The Commission reported earlier this year that London’s global success was contrasted elsewhere in the UK with some of the worst inequalities in Europe, with stop-start regional policy failing to tackle problems that have led to economic under-performance and lower healthy life expectancy.

The Bartlett School of Planning's Professor John Tomaney and Dr Lucy Natarajan are supporting the Commission.

The second report identifies seven national priorities for action which they believe are vital if worsening performance and widening divisions between different parts of the UK are to be avoided.

Lord Kerslake warned: “Time is not on our side. Successive governments have spent the last 50 years trying to rebalance the UK economy and create a fairer and stronger nation. Those efforts have failed and the hard evidence uncovered by our inquiry shows that we remain one of the most unequal and divided nations in Europe. If we continue our current approach those divisions will worsen, potentially to a serious degree. We need to adopt a strategy that allows London to sustain its global role whilst at the same time targeting some systematic firepower at raising the economic performance of regional Britain. The research and consultation carried out by the UK2070 Commission across the country has identified both where we can make progress and the actions needed to deliver it. It will not be sufficient to tinker with existing policies or make incremental changes to budgets – the system itself is consistently failing to deliver effective solutions.”

In the second report the Commision has made a series of detailed recommendations intended to rebalance the UK economy whilst sustaining the performance of London and the South East. You can read a summary of these recommendations on their website.