The First Report of the UK2070 Commission: Fairer and Stronger – Rebalancing the UK Economy has now been published. 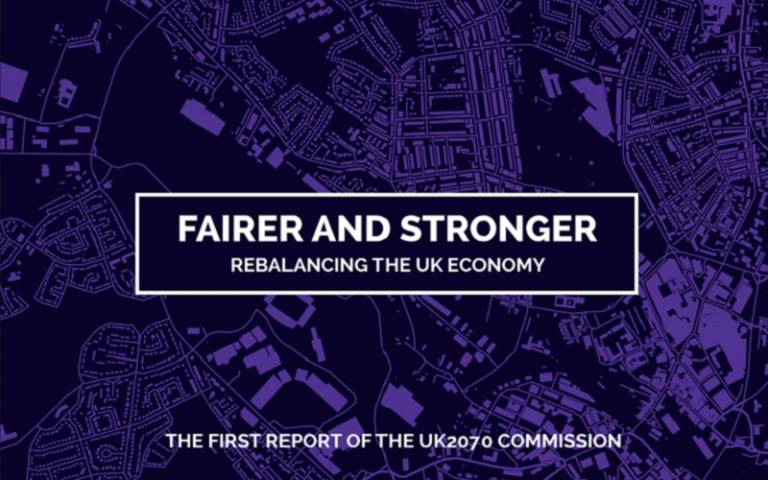 What is the UK2070 Commission?

The UK2070 Commission is an independent inquiry into inequality between different parts of the UK. Chaired by Lord Kerslake, former Head of the Home Civil Service, it is carrying out a review of both policy and spatial issues which impact on the long-term development of the UK’s cities and regions.

It is running from July 2018 to January 2020. The Commission’s activities are divided into four phases – technical work and evidence gathering; a First Report setting out the initial findings and recommendations; a Second Report in September following consultation and a Final Report which will be released in January 2020.

Read more about BSP's involvement in the Commission here.

The First Report states that the regional inequalities which blight economic performance and life-chances in the UK may become significantly worse unless drastic action is taken.

Whilst London and the South East of England confront increasing pressures on living costs and resources as they soak up most of the UK’s job growth and productivity, the report argues that many people and businesses outside of these areas are likely to miss out on the benefits of growth.

The report estimates that more than half of the new jobs will go to London and the South East when it makes up just over a third of the population.