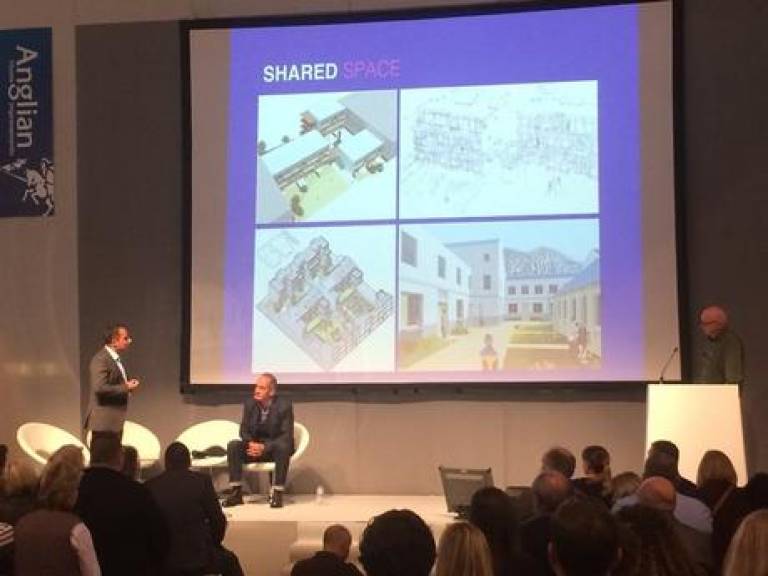 Together with Channel 4 Grand Designs presenter Kevin McCloud and self–build guru Ted Stevens, Iqbal Hamiduddin – BSP Lecturer in Transport Planning and Housing –was a judge for the 2014 ‘Self-Build on a Shoestring’ competition which set competitors the tough challenge of proposing a self-build scheme for at least twenty homes and at an average build cost of £75,000 per unit. The homes had to be designed to the highest achievable environmental standards and include a collaborative build element into the delivery process.

Iqbal spoke about his work on community self-build housing in Europe at the Grand Designs Live event at the NEC on 9th October 2014, before Kevin McCloud presented the winning team with the £5000 prize. The competition was won by SHELL - a design for adaptable, self-finish homes created by the consortium of architect Levitt Bernstein, Circle Housing and Naked House community builders – whose team included former BSP student Neil Double.