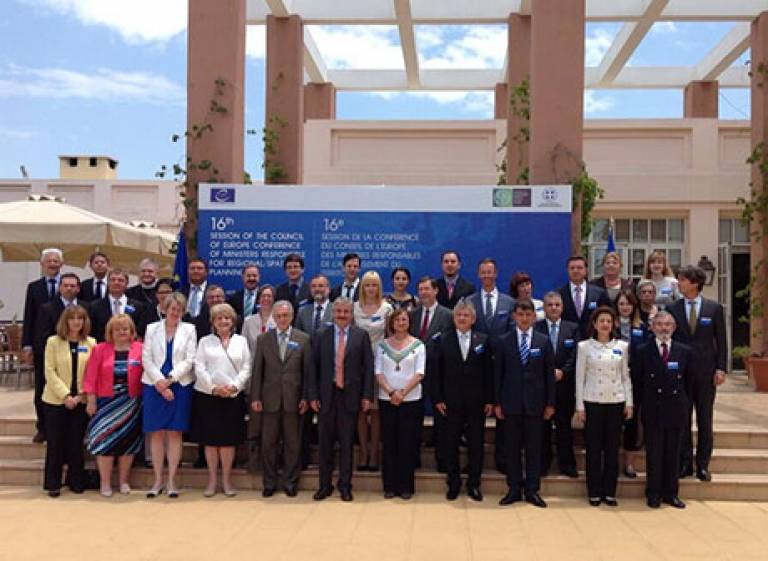 The Bartlett School of Planning's Dr Lucy Natarajan has played a key role in the development of a resolution on the role of participatory democracy in spatial planning which was recently adopted at the 16th session of the Council of Europe Conference of Ministers Responsible for Spatial/Regional Planning (CEMAT) in Nafplio, Greece.

The “Nafplion Declaration: promoting territorial democracy in spatial planning” and two other resolutions on the outcomes of European co-operation in the field of spatial planning and on the contribution of CEMAT to the achievement of the goals of the Council of Europe were adopted by ministers on 17th June 2014 in the presence of Gabriella Battaini-Dragoni, Deputy Secretary General of the Council of Europe. Mrs Battaini-Dragoni affirmed her confidence in this final decision.

The final versions of the three resolutions approved in Nafplio were produced by the European Council of Spatial Planners (ECTP) working group with the assistance of Dr Lucy Natarajan, who, in her capacity as technical advisor, advised throughout the process on the structure and content of the resolutions.

The Nafplion Declaration and Resolutions

More broadly, this document represents the first step in joint work among the EU member states on the value of community engagement to spatial planning. It aims to form part of a wider process of strengthening democracy, and CEMAT also agreed follow up actions to implement, monitor and evaluate progress in this area (Resolution No. 2, Nafplion, Greece, 17th June 2014).

The texts are considered robust enough to recognise the relevance of spatial planning as a central topic to be considered in the field of public participation and participatory democracy. The ECTP working group has begun work on a handbook to accompany the resolutions.