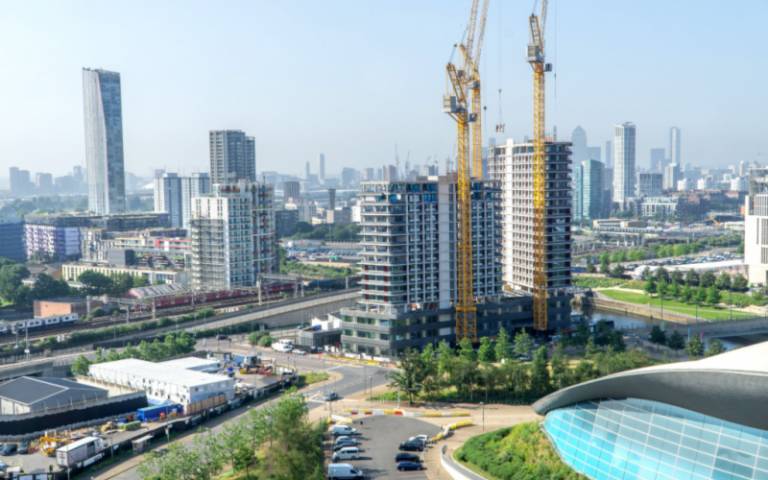 In 2005 London won the bid to host the Olympic and Paralympic games and made a clear commitment to ‘regenerate for the entire benefit of everyone that lives there – a model for social inclusion’. There were two key housing commitments including 50% affordable housing and at least 100 Community Land Trust Homes. These commitments were important because the host boroughs had some of the highest levels of housing need in England. It has been ten years since we hosted the games, and thousands of new homes have been built on the park. However, most are unaffordable to households in legacy boroughs and therefore the key beneficiaries are professional groups from outside the area.

This presentation will explore why there is a gap between policy intentions and policy outcomes drawing on primary research undertaken on the role of planning and Mayoral development corporations on London’s Olympic Park. The case for an alternative approach on the final neighbourhood underpinned by a community wealth-building approach will be outlined.

She was previously a Professor of Urban and Community Studies at the University of West London and Head of Sociology and Social Policy and Director of the Centre for East London Studies at the University of East London. She has been undertaking research on the regeneration of East London for more than thirty years. She has published widely on London 2012 including ‘Olympic Housing A critical review of London 2012’s Legacy and #London’s Olympic Housing Legacy: Time for a New Deal’. She is Co-Chair of TELCO’s Olympic Strategy group where she has worked with local community groups to lobby for more affordable housing on the park including Community Land Trust Housing and is a board member at London CLT (Community Land Trust).