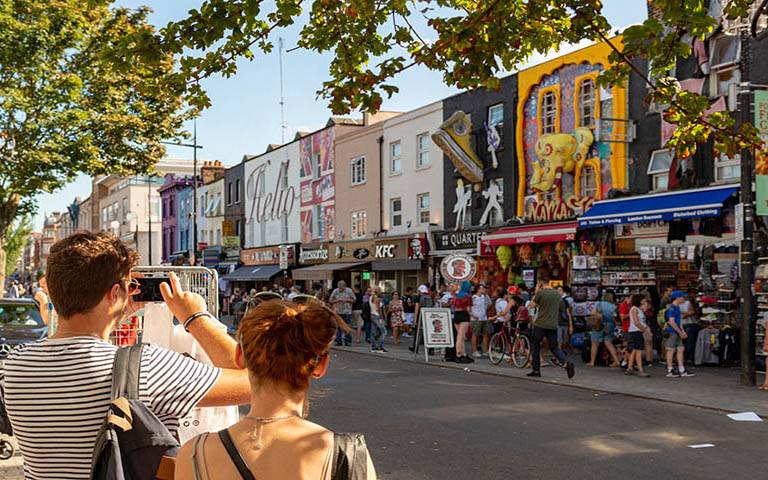 Variety is the spice of life! A seemly trivial statement but one that can be taken literally when it comes to the design of vibrant and well-used urban spaces, ones that harmoniously incorporate design elements that skilfully resonate with the individualities of their diverse range of users. While urban planners and designers have long struggled to consistently create vibrant spaces, other design disciplines such as architecture and product design have achieved marked success with their incorporation of ‘mass-customisation’ processes that offer end-users an optional final say in the design/creation of an ideal output. This piece briefly summarises several key findings from Richard’s research, which questions whether the facilitation of similar customisation processes in urban design can result in the development of vibrant and inclusive urban spaces.

At its core, Richard’s PhD research first sought to establish an understanding as to why people frequently expressed dissatisfaction with the end outcomes of planning interventions and uncover examples of well-used and successful urban spaces.

By exploring the success of mass-customisation systems in architecture and product design, comparative informal approaches in urban design are identified in formation of vibrant and lively urban spaces. A distinctive manifestation of this system is ‘adaptive customisation’ that offers end-users a basic design which they can essentially finish to match their own specific functional requirements or aesthetic tastes – this in turn translates to informal post-construction modifications to urban designs by their end-users.

Based on the observation of pedestrian activities at Camden High Street, Portobello Road and the streets that form the Petticoat Lane area, Richard’s key findings demonstrate that urban spaces are perceptively more popular when they feature design interventions installed informally by non-designers and/or members of their respective end-user communities or ‘customisations’. This trend is supported by qualitative data collected from a range of interviews with pedestrian users which conveyed increased levels of spatial satisfaction paralleling with increases of end-user customisations. However, there is a threshold for this trend where excessively customised urban spaces become unattractive. While it can be argued that few observations are made in heavily customised regions because fewer of these regions exist along typical high streets, the lower pedestrian satisfaction levels associated with excessive customisation offer an alternative explanation that the aesthetics of these regions are unpopular because of their over complexity and/or lack of regulation.

Reaching these conclusions was anything but straightforward as conventional tried-and-tested methods simply proved inadequate when it came to data collection in the field.

Novel analytical tools were generated that included a heat map to quantitatively capture occurrences of customisation in public spaces, and a modified approach to behaviour mapping/static snapshots that resulted in the creation of a bespoke app called Parade that utilises consumer GPS data to rapidly geotag activities along the length of a high street.

For urban design, the start of the 21st century was marred by criticisms including its theory base being somewhat pseudoscientific. It is hoped that, as time progresses, further empirical studies can be carried out that substantiate earlier urban design theories within a planning context. The core contribution of this thesis is an enriched understanding of the conditions that in the urban spaces that result in human–spatial interactions through the introduction of novel data collection and analytical tools, and deliberately provokes fresh discussions on truly effective approaches to public participation.

Having completed his PhD titled Customisation and Urban Design towards the end of 2018 at the Bartlett School of Planning, Richard is presently employed there as a post-doctoral Research Fellow. Here, he hopes to expand on aspects of his doctorate concerning human error vs. computational error, the influence of augmented reality on pedestrian behaviours, and modal responses to informal design interventions across different cultural and governmental systems.