Does Urban Design Make a Difference in Public Transport Planning? Brian Garcia’s first supervisor, Professor Sir Peter Hall, encouraged him to do field work early in his doctoral studies at the Bartlett School of Planning. Brian’s field work began in Los Angeles, the prototypical car city, that has made great efforts in the past twenty nine years to incorporate passenger rail, bus rapid transit and buses into people’s journeys and commutes. The Los Angeles County system now has six rail lines with 93 passenger rail stations.

A mixture of site analysis, census data and satellite mapping found that household incomes and home value increases in Los Angeles corresponded with lower passenger rail use. This makes for a fundamental conflict between transport agencies’ goals of urban regeneration and sustainable transit. Population and housing density were found to correspond with increases in passenger rail use in Los Angeles. Station design elements including the number of lines available at a station, an underground line condition and paid parking at stations also correlated with higher use. A study of predominant land uses around passenger rail stations found that residential areas actually returned more ridership, on average, than predominantly mixed land uses or employment centres.

Brian’s study on public transport station areas in five cities navigates issues of comparing unlike case studies, completing complex field work and reconciling the differences between quantitative and qualitative research methods. Comparative research of Hong Kong, London, Berlin and Medellin along with the Los Angeles case showed that the number of lines at a station, convenient connections at a station, nearby office space and spaces without blank walls translated to higher ridership at a station.

Between summer 2013 and summer 2014, Brian visited train station plazas is Los Angeles, Berlin, Hong Kong, London and Medellin. This ambitious travel schedule was characterized by a persistent nausea from flights and riding trains to examine rail systems in these five countries. Field work and site analysis require a flexibility to account for discoveries that may warrant more time in real life study than expected. During a research visit to Medellin a major protest shut down the entire city and delayed field work. Funding for complex field work also requires agility in finding funding from transport agencies, a home department or university, and other, softer funding attributes such as discounted accommodations and free desk space at host institutions. Funding for conference travel can also be an opportunity for a case study or interviews in another city.

Quantitative data acquired from these five transport agencies differ in composition with some agencies aggregating ridership data by year, while some aggregate by day. Qualitative data also differed, including block size, street size or plaza area. These discrepancies have to be managed in order to compare transport use.

The real life experience of a train station provides immediate data collection. Important elements of the environment, including shade and sidewalk design, that have an effect on transport mode choice are neglected by current data sources like the United States Census and urban planning decision making in general.

The social sciences are experiencing a golden age of digital data that is available from transport tap cards, browsing data and surveillance that inform us on the basics of human behaviour such as passenger rail use or purchases.

As digital data sources grow and tools develop, qualitative methods and site visits must be used to orient or calibrate quantitative conclusions, to make meaning of them and of course, to offer conclusions in their own right on the quality of our human experience. 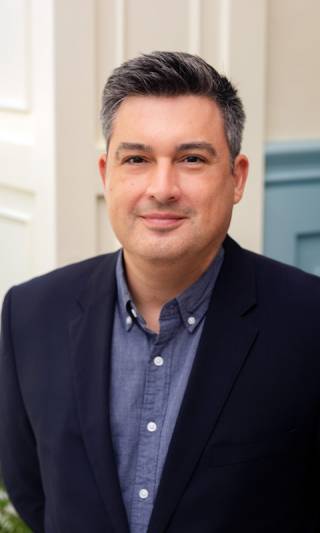 Dr. Brian Garcia is a faculty member in Urban and Regional Planning at California State Polytechnic University, Pomona teaching European and International Urban Design. He has held visiting research positions at the University of California Los Angeles, Hong Kong University and Yale University. Brian has previously taught at The Bartlett School of Planning, University College London and the University of Southern California. He has been an urban designer and architect on projects in the United States, China, India and Malaysia. Brian holds postgraduate degrees in architecture, international urban planning and public art.