Will machines be building our future? 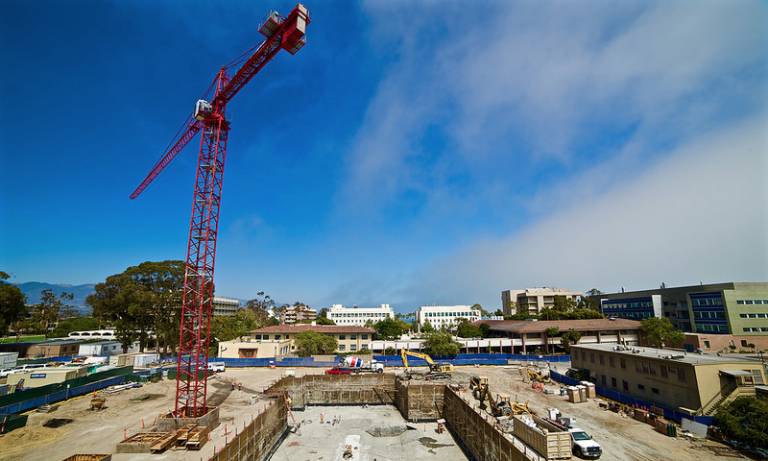 Are machines going to take us over in our near future? Automation has tremendous potential to enhance productivity and improve the lives of the ordinary person, but it also poses some great challenges. A recent article by the Guardian painted a grim picture about automation replacing one in five jobs across the UK. The article went on to say that workers in the London constituency of Shadow Chancellor John McDonnell are at the highest risk of seeing their jobs automated. This is because the constituency includes the Heathrow Airport, which has a large number of warehousing jobs that could be automated.

The fact that increased automation will replace some of the jobs that humans perform is a scenario that has raised widespread concern. McKinsey Global Institute’s latest report, ‘Jobs lost, Jobs Gained: Workforce Transitions in a Time of Automation’, assesses the number and types of jobs that could be lost to automation. The key finding of the report is that although there would be enough work to maintain full employment under different scenarios until 2030, the transitions would be very challenging, exceeding the shifts out of agriculture and manufacturing witnessed in the past. Looking at sectors most vulnerable to job losses due to increasing automation, Accounting and Auditing appear amongst the top. But how do other industries such as construction fare in this brave new world?

Automation has huge advantages for the construction industry, with robotic processes increasing productivity, saving time and undertaking tasks with greater precision. Construction firms have little choice but to adopt these technologies and remain competitive in the market. This implies that many tasks which are part of the entire construction process such as welding, material handling and packing are likely to be automated. Traditional labour-intensive activities such as brick laying have in some cases already been automated and will most likely be in the future. This scenario doesn’t seem too surprising when you think that in April 2015, China was able to construct a fifty-seven storey building in just nineteen days!

With the above-mentioned advantages of adoption of automation in construction processes, what is the state of the industry at present? The engineering and construction industry is at the cusp of a new era with technology start-ups creating new tools and applications that are changing how companies design, plan and execute projects. Construction start-ups have created newer and more efficient tools for each stage of the project life cycle, from design management, scheduling and safety. This has come at a great time as construction projects are becoming increasingly costly and there is immense pressure on project managers to reduce costs, meet deadlines and improve efficiency. These tools have already been adopted by some firms in the UK and the future increasingly looks like a place where adoption of new technologies would not just be a choice but a must.

Challenges faced by the Construction Industry

Recently, these ideas amongst many others were discussed and debated in a conference ‘Skills Shortage in Construction: Building the Future Post Brexit’ organized by the Bartlett School of Construction and Project Management in collaboration with History and Policy on 5th October 2017. The conference brought together eminent historians, academics, civil servants and practitioners to discuss the current challenges the construction industry faces, and find areas where proactive policy can robustly respond to challenges and ensure that the sector achieves its full potential. One of the sub-themes discussed in the conference was the onset of automation in the industry and how policymakers had to ensure that the future workforce is equipped with the requisite skills. The conference also focused on the implications that automation would have on the nature of professional work and the education, demand and supply of construction professionals.

According to Richard Baldwin’s phenomenal book, ‘The Great Convergence: Information Technology and the New Globalization’, the world has entered the fourth era of globalization with advances in technology and automation. Throughout history, we can see that jobs have disappeared, and new jobs have been created. The future holds potential for millions of jobs that are perhaps less known now in the areas of energy, commerce and IT. Policy actions by governments focusing on stepping up investments in infrastructure, buildings and renewable energy could create additional jobs for middle-wage workers in construction workers in advanced economies. The focus should be on adequately training the workforce for the future.

Tehreem Husain is a doctoral candidate at the Bartlett School of Construction and Project Management, researching Railway Mergers in the Early Twentieth Century.