Pathways to the ‘Good Life’ 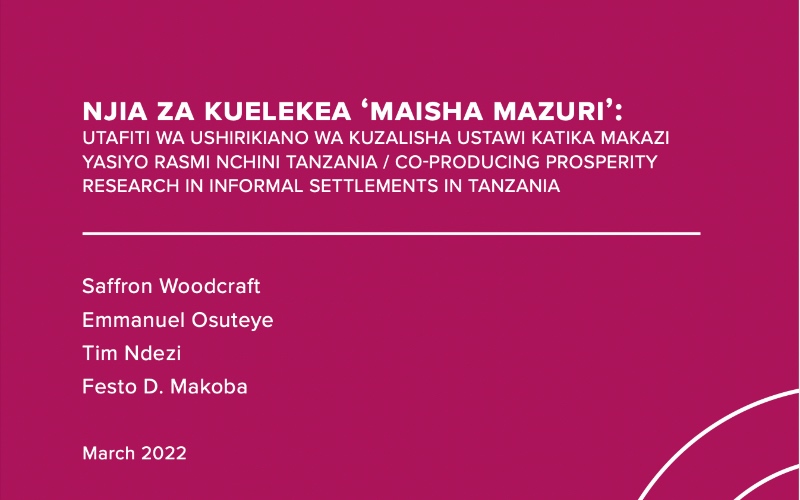 Residents of informal settlements in urban centres in Africa are known to suffer disproportionate burdens of environmental and socio-economic inequalities and are often excluded from macro-level visions and policies that seek to make cities safer and prosperous (Birkmann, 2007; da Silva & Braulio, 2014; Dodman et al., 2013). This tension undermines the validity of orthodox, ‘expert-led’ visions, policies and measures of prosperity that are distant from the lived-experience of marginalised urban residents. Based on new empirical work with communities in three informal settlements in Dar es Salaam, Tanzania, this article argues that novel methodological and theoretical approaches to co-producing context-specific policy-relevant knowledge about pathways to prosperity (translated by the communities as maisha bora, ‘the good life’) creates inclusive spaces for both community participation in processes of urban knowledge production and critical social enquiry that can lead to grounded theory building. By co-producing both an agreed and relevant methodological approach for the study, and its subsequent documentation and analysis, this work contributes valuable empirical insights about the capacities and capabilities of local communities to shape and influence urban policy-making and in this way speaks to calls for a global urbanism (Ong, 2011; Robinson, 2016) that brings diverse voices and geographies to urban theory to better account for the diversity of urban experiences and processes found in twenty-first century cities.