No escape: Andrew Percy on social responsibility for collective safety 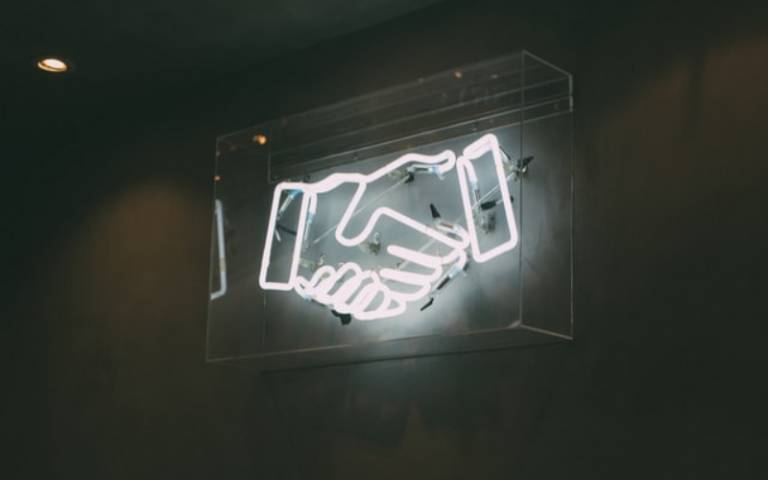 Until societies accept responsibility to provide the basic infrastructure of universal safety they are are condemned to decline from contorted economic and political systems.

Over the last hundred years we have tried two different strategies to deal with the increasing requirement for greater solidarity that is the necessary accompaniment for our technical development. For 50 years we first tried to accommodate the increased collective costs of greater solidarity through corporatist cooperatives between organised labour, the corporate sector, and politics. While much was achieved that attempt ultimately failed in the chaos of the 1970s as costs exceeded available resources, the economy had became outdated, and the preservation of static mid-century interests impossible to preserve. A new attempt was launched in the 1980s that assumed the solidarity gains achieved earlier could be retained while costs were reduced and the dynamic forces of entrepreneurial enterprise unleashed to modernise the economy. Disavowing a social responsibility for maintaining the foundations of solidarity led to an atomised society in which finance was promoted as a replacement source of safety.

A hundred years have passed since the broad electrification of our societies and we are confronted again with the same challenge we faced then: how do we use our incredible technical development to create universal basic prosperity? How do we create the foundations of solidarity from sustainable resources to support a dynamic economy with a thriving and diverse population freely participating in decision taking? It is accepting the social responsibility to allocate the resources necessary to create collective safety that is the root problem.

Every attempt to avoid social responsibility for safety will force that responsibility onto a structure that is not purposed to provide it. The chosen structure will have to contort its normal mechanisms to try and serve the objective and those contortions will cause that mechanism to fail in its core role and create unintended consequences.

If business is chosen it will force coercive labour relations in which businesses seek out the most restrictive arrangements that limit their liabilities. The tendency will be to corporatist relations that preference workers with labour market power and to push the costs onto consumers. That requires political collusion, suppresses business dynamism, encourages cabals and subjugates efficiency.

If finance is chosen it will force coercive economic relations in which costs are externalised, decision making is trans-located, and is only accessible by those with superior labour market power. The tendency will be to financialisation and externalisation. That requires political collusion, suppresses business dynamism, encourages cabals and subjugates efficiency.

Failure to assert social responsibility makes safety accessible only by those with labour market power to force the costs of their safety through the available channels. While this will work for a minority it will always preference a static configuration of specialisation and suppress economic dynamism and productivity. The rejection of social responsibility coupled with protecting the interests of the preferenced minority will always require political collusion to suppress participation that would change the arrangements. In the case of the corporate channel costs will be forced up (1920-70s) and in the case of the financial channel costs will be externalised (1980-2020s). Through any channel the result will be insecurity of those with low labour market power (not to be confused with labour value), the suppression of participation to prevent expression of political will by the insecure, and sclerosis of the economy to attempt the preservation of existing configurations of power – in short: decline.

Both channels suppress reciprocity because they are premised to achieve the expulsion of general social responsibility and in so doing deny a common interest in efficiency. Without a reliable and general commitment to social safety the allocation of resources for collective purposes is always opposed to the avowed intention to preserve the labour market power of the preferenced minority. At all times there is an overt and simple negotiation in action: if common safety is not socially assured then private safety will be asserted. When private safety is ascendant then opportunity and participation will be contorted to serve that interest. Common safety requires and enlists common support for efficiency but private safety has no interest in general efficiency, only in acquisition.

There is no escape from social responsibility for social safety. Every attempt to avoid it denies the prioritisation of the efficiency that would be required to attain it and necessitates the parallel diminishment of opportunity and participation. From 1929 to 2009 every attempt to avoid making a collective commitment to the basic safety of each other has ended with a return of the liability to the common purse. Will we wait for another lesson in 2029 or will we accept our collective responsibility now?

Andrew is the Co-Director of the Social Prosperity Network at Institute for Global Prosperity. His research is focused on alternative and sustainable social security systems for the 21st century and on Universal Basic Services as a model.

A new paper from the IGP’s Social Prosperity Network titled “Universal Basic Prosperity” investigates the progression of public taxation and spending in the UK and other developed societies over the last 100 years. The paper proposes that societies have struggled, and so far failed, to reconcile the need to simultaneously increase general safety and broad participation alongside rapid post-industrial economic growth.

Connecting the attempted transfer of safety responsibilities to individuals and away from taxation over the last 40 years sheds light on the growth of finance, the exploitation of the global commons and the increasing political destabilisation of those societies. A primary consequence has been a loss of reciprocity as the connection between socially provided goods and personal contributions has weakened.

The paper concludes with recommendations for the replacement of currently complicated taxes on different types of incomes with a single “National Contribution” tax that would apply equally to all forms of income and be linked to the national average income. To strengthen reciprocity governments should commit to spend all taxes raised from individuals on Universal Basic Services and social protection so that the connection between community and contribution is clear to all.

A distributional analysis of a model for National Contributions applied to the UK is included in an adjunct report to the paper.

Sign up to the IGP mailing list to get notified of when the Universal Basic Prosperity paper comes out in September from the Social Prosperity Network at the IGP.