A state service provision could help our society cope with a changing job market. And best of all: it could be fiscally neutral. IGP Founder and Director Professor Henrietta Moore writes for Prospect. 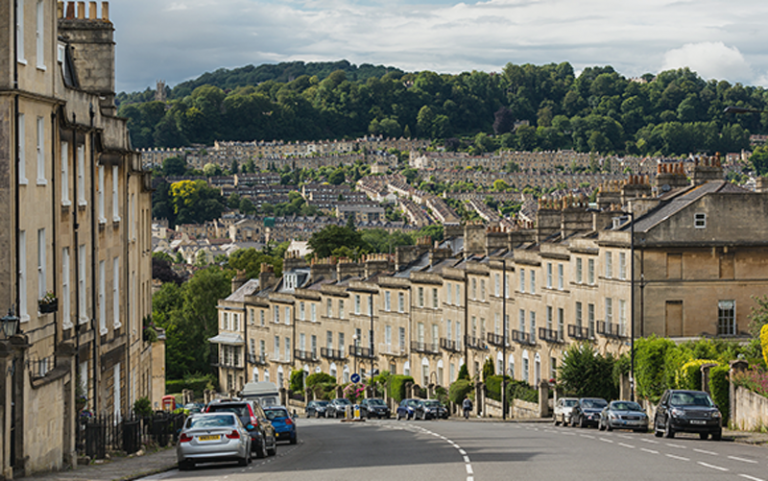 This article was originally published for Prospect Magazine and can be found here.

Nearly 90 years, John Maynard Keynes made a much-quoted prediction. In his 1930 essay, Economic Prospects for our Grandchildren, he set out the view that, by 2030, technological progress would have raised productivity so much that people would be able to meet their essential needs in a 15-hour working week.

He was perhaps the first economist to explore the implications of a future of "technological unemployment". For Keynes, this was a positive development: Freed from the necessity of toil, mankind could devote itself to nobler causes than "detestable" money-making, such as science and the arts.

Well, it hasn't quite worked out like that, has it? While it may be true that the grinding, absolute poverty of the Great Depression has largely been banished from Western societies, the need to work remains as strong as ever. Indeed, the embrace of neoliberal economic policies since the 1980s, particularly in Britain and the United States, combined with the economic shock of 2008, has led to stagnant or falling real wages for the majority of workers. In Britain alone, around 14 million people - more than one in five - still live in relative poverty.

But part of Keynes' prophecy certainly rings true today. Technological advancement of a kind he could scarcely have imagined has indeed transformed our world. And if some observers are right, the accelerating pace of digital, robotics and Artificial Intelligence stands to automate much of the work currently done by humans, raising (at its most extreme end) the prospect of mass unemployment. On a more insidious level, technology is enabling a boom in alleged self-employment that traps people in a "no frills" working culture akin to Victorian conditions.

Leading the policy response to these developments in recent years has been the idea of Universal Basic Income. Give everyone a flat sum to cover the basics, the argument goes, and they can choose how much or little they wish to work on top of that to afford the finer things. Critics point to unforeseen risks: that price inflation erodes purchasing power, for instance, or that obviating the need to work negates the surplus needed for redistribution.

On a practical level, however, it's quite simply an extremely expensive way to meet core needs. In the UK, a payment at the level of Jobseeker's Allowance (£73.10 per week) for all would total nearly £250bn per year - about a third of all current government spending.

In a new paper published by the UCL Institute for Global Prosperity, however, we propose a different solution which we call Universal Basic Services, or UBS. The premise for this is simple: building on the principle behind the NHS and public education, we should provide other essentials of modern life - housing, food, transport and internet access - free at the point of need. This would need to be accompanied by local accountability and provision to prevent top-down state monopolies.

The practical effect of this would be to drastically reduce the cost of basic living, especially for those in the lowest income groups mostly likely to make full use of the services on offer.

Think about it this way: if Paul, a 30-year old care worker on a zero-hours contract who travels from Stockport to Manchester every day for work, averages 25 hours a week, he'll earn £187.50. Living with a partner on similar hours, he won't qualify for any benefits from the government's new Universal Credit. From his pay, he'll need £15 for bus travel, £68.75 for rent (if split with his partner), £30 on food and £10 on his phone and broadband - a total of £123.75. This leaves him with £63.75 a week for everything else, including utilities and water.

Under the UBS model, Paul would keep that £123.75. Just think how transformative that would be for him. Not only would he have the stress of making ends meet on a tight budget removed, he could invest in his own skills to get a better-paid job, travel further for work, think about starting a family or save for retirement. Our research suggests that UBS could be provided at a total cost of around £42bn per year, equivalent to about 5 per cent of current public expenditure. While any suggestion of more state spending is decried as "unaffordable" in the current climate, we also show that it could be fiscally neutral by reducing the Personal Allowance to £4,300 per year. This would make it highly progressive - with modest tax increases for higher earners providing a larger net benefit to those who are really struggling.

The utopian vision of our own day envisaged by Keynes could turn out to be more of a nightmare of in-work poverty for many on the current trajectory. UBS could be the radical new idea we need to start rebalancing our society in favour of fairness.

This report explores the hypothesis that strengthening and extending universal services is an effective way of tackling poverty and improving wellbeing for all. It draws on academic literature including conceptual thinking, political and economic analysis, case studies and evaluations, as well as some 'grey literature' and factual reportage. The main focus is on the UK, but there are implications for - and lessons to be learned from - other countries. It builds on earlier work by the Institute for Global Prosperity in the 2017 report, Social Prosperity for the Future: a proposal for Universal Basic Services.

Social Prosperity for the Future: a proposal for Universal Basic Services

The Universal Basic Services (UBS) modelled in the report build on existing universal healthcare, education and legal services. They would enable every citizen to live a 'larger life' by ensuring access to safety, opportunity, and participation.