The RELIEF Centre at City Debates 2019 in Beirut, Lebanon

Researchers from the IGP-led research collaboration, the RELIEF Centre, contribute to this year's City Debates 2019 conference about displacement and reconstruction in urban environments, run by the American University of Beirut. 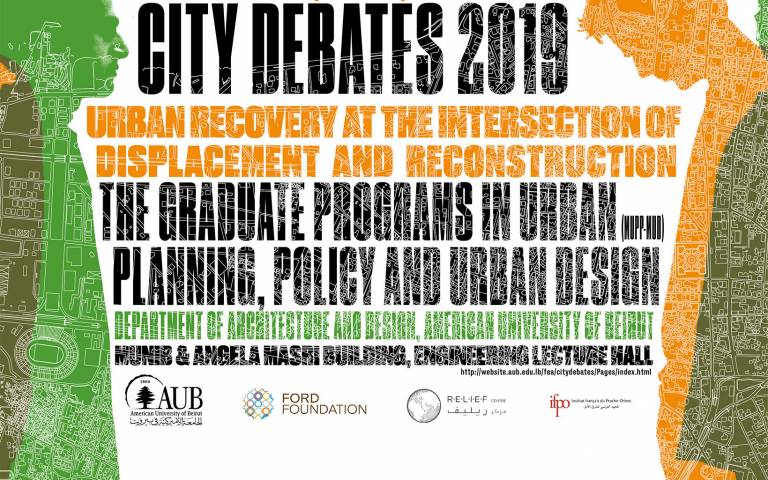 Researchers from the RELIEF Centre, a transdisciplinary research collaboration led by the Institute for Global Prosperity, are contributing to this year's City Debates 2019 annual conference 1st - 3rd April 2019 in Beirut, Lebanon. This event is free and open to the public. More information can be found here.

The theme of this year's conference, part-funded by the RELIEF Centre, is "Urban Recovery(s): Intersecting Displacement and Reconstruction". It will frame displacement as agency, the displaced as social capital, post-conflict urban environments as archives, and reconstructions as socio-spatial practices.

City Debates is organised yearly by students of the Graduate Programs in Urban Planning, Policy and Urban Design (MUPP-MUD), in the Department of Architecture and Design, Maroun Semaan Faculty of Engineering and Architecture at the American University of Beirut. Professor Howayda Al-Harithy, Co-Investigator of the RELIEF Centre, City Debates Conference Director and member of these gradaute programs, has this year devoted the AUB City Debates to the topic of urban recovery at the intersection of displacement and reconstruction.

A number of researches from across RELIEF will be taking part in the programme including:

In today's world, an unprecedented rate of one person every two seconds is forcibly displaced due to disasters and violent conflicts. According to the United Nations High Commissioner for Refugees (UNHCR), a record number of 3 million people were uprooted in 2017 making it the biggest increase ever reported in a single year. Displacement and reconstruction are more critical than even with the total number of displaced worldwide reaching 68.5 million by the end of 2017.

The conference will therefore bring together different disciplinary perspectives into conversation with each other and with empirical case studies. We are keen to look beyond conflict related displacement and reconstruction into the greater processes of crises and recovery, to examine how trauma/crisis and recovery overlap, coexist, collide and hence redefine each other. Our goal is to understand how the oppositional framing of destruction versus reconstruction and place-making versus displacement can be disrupted, how displacement is spatialized, and how reconstruction is extended to the displaced people rebuilding their lives, environments and memories in new locations.

The conference will explore narratives of displacement, modalities of reconstruction, and will focus on the thematic intersections and overlaps between them. Respective panels will be organized to facilitate for critical reflections and interdisciplinary conversations on the different and overlapping narratives and modalities. The thematic intersections will include: housing, heritage, infrastructure, social capital, memory and identity, spatial practices, gender and the politics of aid and interventions. The conference will invite local and international scholars and experts whose work has focused on displacement and/or reconstruction, as well as those who can locate these themes in a longer historical trajectory. It will engage them in an interdisciplinary conversation to debate the challenges, approaches and politics involved in the complex operations and networks of local and international actors, as well as communities involved in/with urban recovery(s). 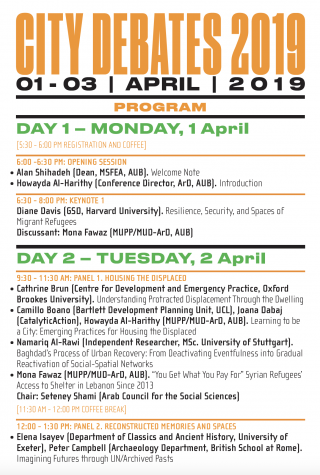 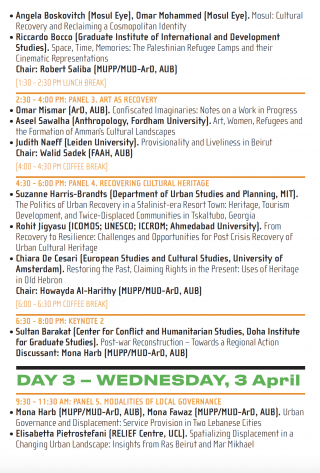 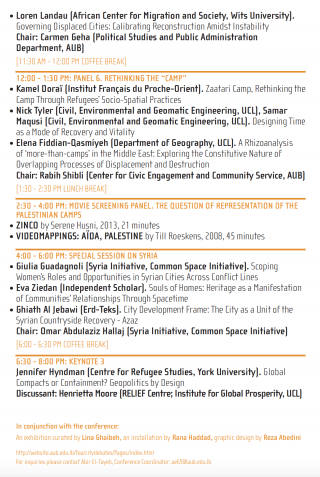 The RELIEF Centre is a transdisciplinary research collaboration that focuses on one of the world's pressing challenges of the moment: how to build a prosperous and inclusive future for communities affected by mass displacement.