Citizen science and botanic knowledge among herders and farmers in Kenya 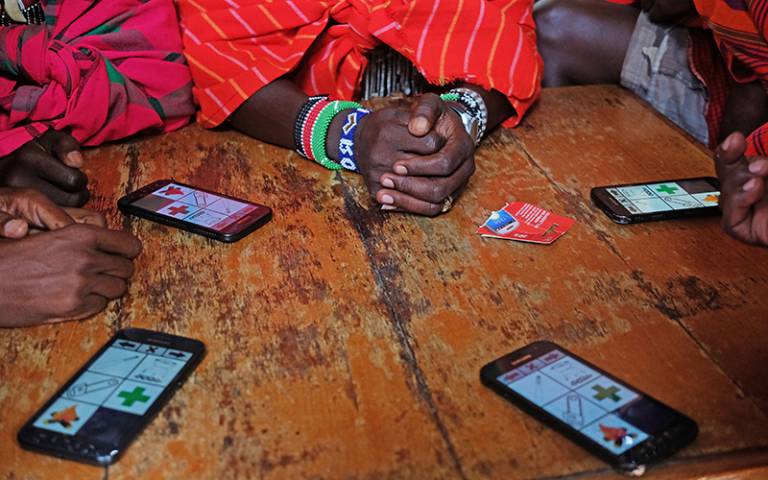 In collaboration with Dr Matthew Davies and Professor Jacqueline McGlade of the IGP, Dr Wilson Kipkore of the University of Eldoret, Dr Solomon Ole Ntaiyia, and Kipkeu Kiprutto of the British Institute in Eastern Africa, the Extreme Citizen Science (ExCiteS) research group at UCL have started two new projects using the Sapelli platform to support the documentation of indigenous plant knowledge and issues surrounding sustainability among herders and farmers in Kenya. Funded by a UCL Global Challenges Research Funds (GCRF) research grant, ExCiteS team members Dr Jerome Lewis, Mr Marcos Moreu, and Dr Megan Laws travelled to Kenya and worked alongside the IGP with a group of Maasai warriors in Narok county and a group of farmers in Elgeyo-Marakwet county.

After arriving in Nairobi, we travelled first to Maasai territory in Narok county. We were greeted with Maasai songs, a sacrificial goat cooked in Orange Croton leaves, and a morning drive to Maasai Mara National Reserve. Following ExCiteS protocol, we then began by getting to know the community, discussing the challenges they faced, and brainstorming how Sapelli Collector, GeoKey, and Community Maps might assist them in addressing these challenges, and what risks and benefits there may be in doing so.

The greatest threats highlighted by the community were the loss of traditional ecological knowledge and the problem of deforestation brought on by expanding settlements and rangelands that surround the Maasai Mara National Reserve.

After a brief brainstorming session in which the Maa-speaking team drew up a list of no fewer than 134 different species of plants they hoped to monitor, we got to work to develop a suitable Sapelli Collector project. We broke up into two groups and set off into Maasai territory to gather photographs of some of the key species.

After testing whether the photographs we had taken best depicted the species in question through a series of group identification exercises, we packaged the project up and loaded it onto local devices ready to use. The Maasai team collected a few records from around the camp, and we briefly explored how these might be visualised at the Sekenani Envirotech Centre in town.We then left the semi-arid Maasai lands and set off north for Elgeyo-Marakwet county. Seven hours later, after a brief stop for watermelon slices, to buy few SIM Cards, and a tyre change we made it to the capital of the county, Iten. Best known as the home of marathon runners, or “Home of Champions” as one reads when entering the town. Iten is home to thousands of farmers whose livelihoods depend on rearing livestock and growing crops, fruit, vegetables, pulses, tubers, and grasses for sale.

After a brief visit to a hillside café from which we could see the region’s many farms and become acquainted with a troop of foraging colobus monkeys, we met with Timothy Kipkeu of the British Institute in Eastern Africa, local agricultural extension officer and farmer Andrew Yano, and Noah Kiplagat and Nelson Bailengo from the Marakwet Research Station, who are also local farmers. We spent the next few days visiting and talking to farmers from across the region about the challenges they face, how digital tools might assist them in their efforts to address these challenges, and what risks or benefits there may be in taking this approach.In Elgeyo-Marakwet, the challenges that farmers face are diverse—from trouble with pests and diseases, to problems with drought and desertification, and selling their goods within local and international markets. Farmers were unanimous: they wanted to share both the challenges they were facing, and the innovations they were having in addressing these, with each other. Over a period of days, we worked together to develop a suitable Sapelli Collector project, design appropriate icons, and conduct training sessions on how to code and package these.We loaded these onto local devices and held a community meeting to discuss how they might be used in an initial trial period.Finally, we went back to Maasai land, where we spent our last five days in Kenya, compiling the photos taken by the warriors while we were in Iten, and updating the existing Sapelli project with the new 134 photos of the plant species identified and photographed. On the last day, we conducted a quick Sapelli training session with Vincent Sihul, IT expert at Sekenani EnviroTech Centre, and also a brief visualization session with the warriors to explore the points they had collected over the week before. It was clear, however, that another important visualization session was about to start. This one wasn’t happening in our laptops, and was not about plants, but about football! So we switched off our laptops, and went to town to watch the Champions League semi-finals. 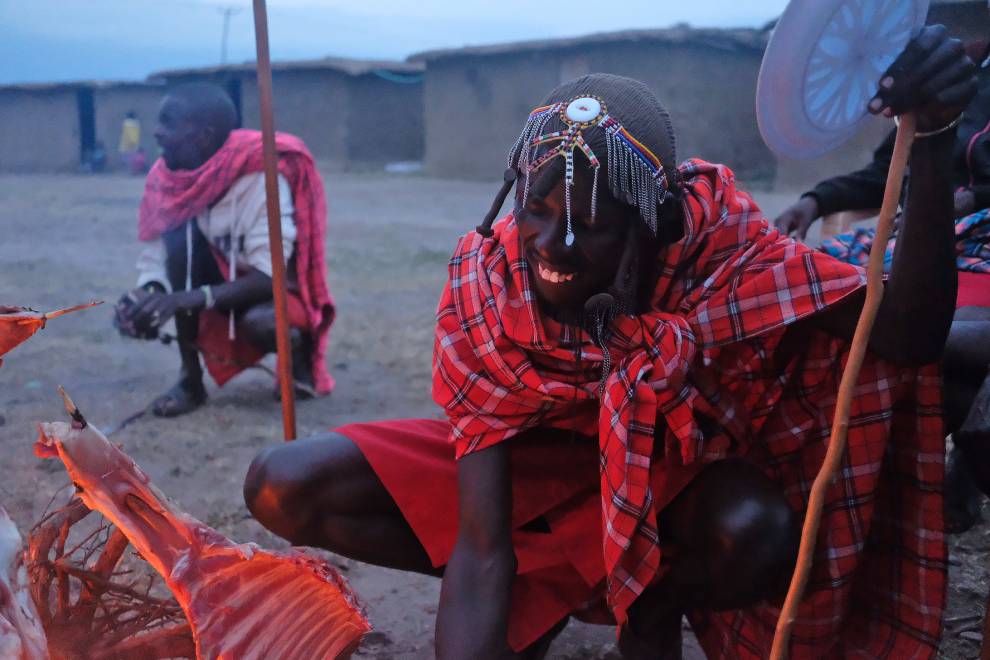 Since then, both the Maasai and the Elgeyo-Marakwet team have been collecting data and sharing these with one another through Community Maps via GeoKey. Supported by Kenya’s communications infrastructure, they have been sharing the data they collect with local and regional partners. Several challenges remain that digital tools can do little to address directly. For instance, smartphones apps, when designed, deployed, and maintained appropriately, can be valuable tools – especially in a country like Kenya with great internet connectivity. They can empower local and indigenous communities to engage in key decision making processes or to tackle issues such as the severe impacts of climate change in their territories. However, they are only one part of a process. Smartphones alone do not bring rain, nor change the political power status quo. These tools, nevertheless, are serving as starting points around which conversations may emerge on how to address these broader challenges.