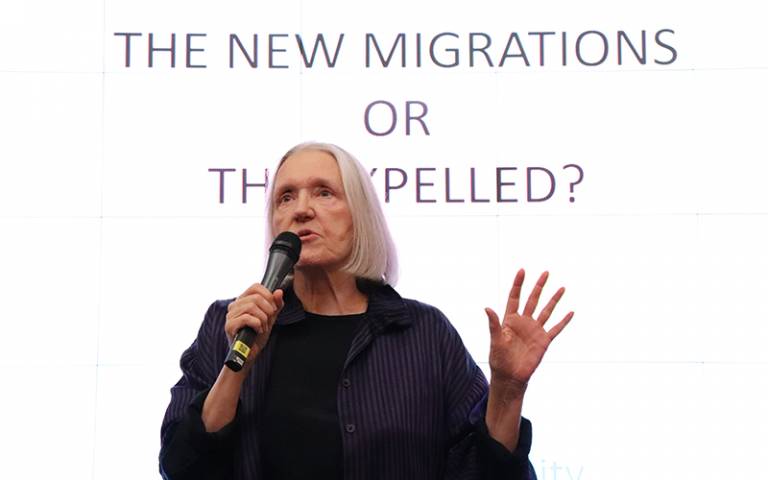 The last time I was in Lebanon, I was well into the first year of my PhD. I had familiarised myself with the literature, written 20,000 words, and was pretty confident in the path I thought I had ahead of me. So, when my friends asked me what my PhD was about, I eloquently (I thought) explained my PhD project. I was going to be researching youthful urban activism in Lebanese cities.

When I gave my PhD ‘elevator pitch’, the first thing my friends would say to me was: all the young people you’re talking about are leaving, or want to leave. If they’re here, then they’ve been elsewhere first and come back.

After I’d heard this repeated to me several times, I took notice. There are far more many Lebanese diaspora than Lebanese people in Lebanon (more than double). What makes people want to leave? Is it simply an urge to explore the world, to make a better life for oneself and one’s family? Or is there something else going on, which has caused such a massive migration?

Professor Saskia Sassen opened the IGP's Vulnerability, Infrastructure and Displacement symposium, held from June 12th - 13th at UCL, with precisely this question. Placing herself in the ‘fuzzy edges’ of theorisations of migration, Professor Sassen gestured to an emergent migrant figure: a migrant figure that exceeds the ‘heroic’ migrant figure who autonomously decides to set out to build a better life for themselves.

Building on her theory of explusions, Professor Sassen signalled an emergent migrant subject whose movement had been instigated by specific conditions of modernity: conditions Professor Sassen characterises as practices such as land grabbing, polluting industrial activity, and outcomes; namely, dead land and dead water bodies. 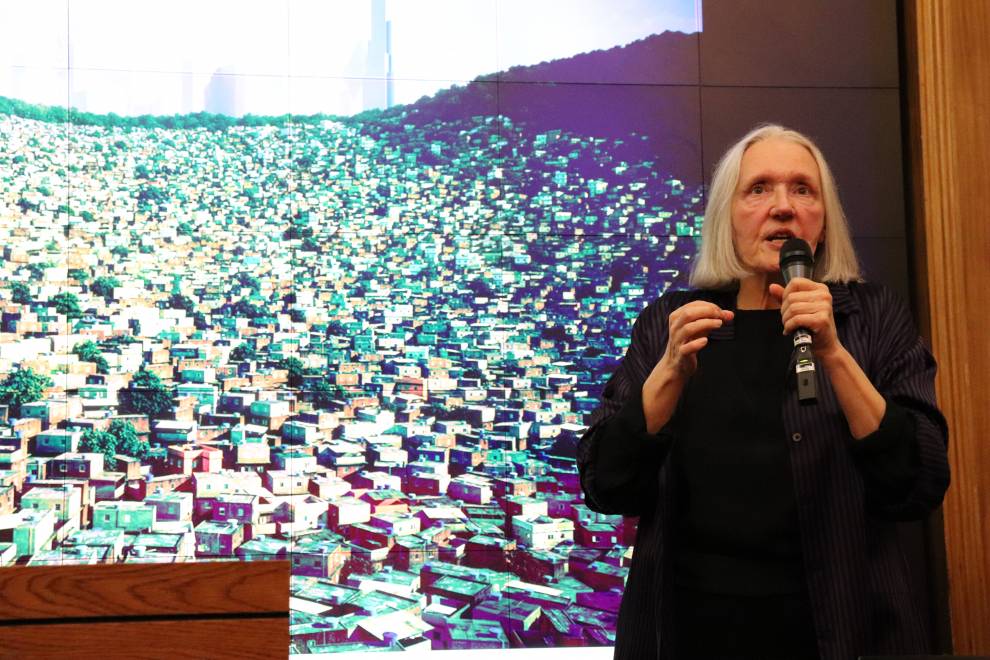 The emergent migrant subject is an indicator of these conditions of modernity. They exist on the periphery of legal categories. Whilst we might try to make sense of them, understanding them to be victims of violence and religious persecution, Professor Sassen argues that these factors are not inevitable consequences of long-held animosities. They happen because of other neo-colonial, late capitalist, urges to consume and drive economic growth and personal profit.

Take the example of the mass migration and persecution of the Rohingya from and in Myanmar. Professor Sassen signals a catalytic moment, that had nothing to do with religious practice. The Chinese Government had wanted to build a port on the Western coast and had signed a contract with Myanmar’s military before the expulsion of Rohingya from the area.

This case is certainly one of the most extreme, and doesn’t neatly explain the complex constellations of tensions, desires and practices which characterise migrations from other places, or even of the Rohingya from Myanmar. But Professor Sassen has reason to feel she is on to something, when she receives threatening letters from the powerful actors whose practices she names as catalysing the expulsions she follows. 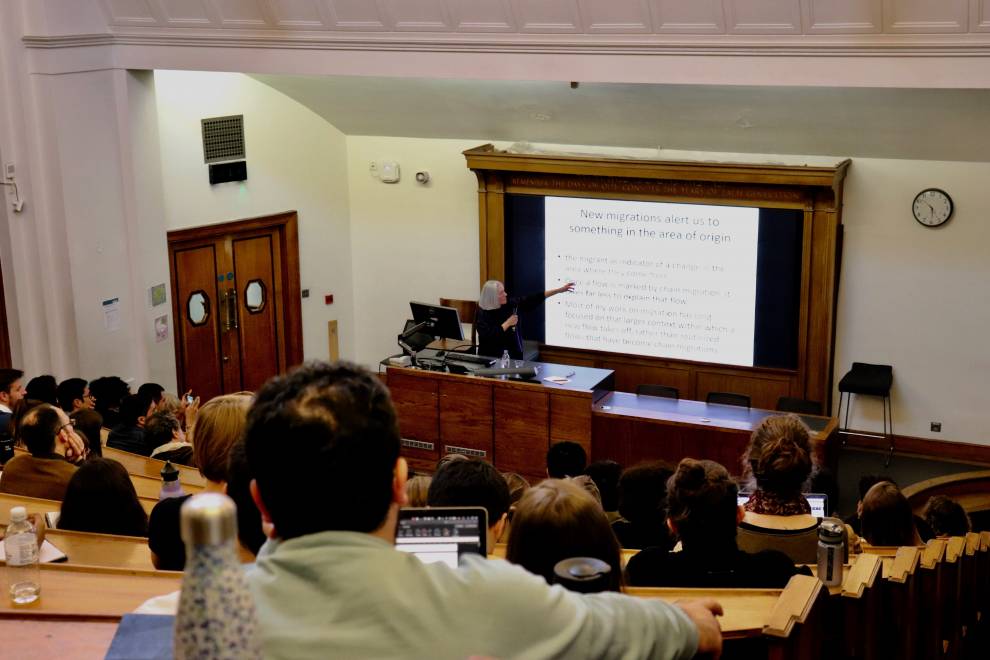 Something that Professor Sassen suggests, which peaks my interest, is that these kinds of activities are permitted (and not only in the sense that they are legal), because they promote or can be registered as, GDP growth. If we started to pay heed to what really matters to people’s prosperity – which includes but certainly exceeds financial wealth – then we might encourage different ideas of progress. We might find that the surface issues named in mass media outlets (irreconcilable differences between people, evil tendencies and so forth) are not what preoccupy people day to day. The possibility that people might be able to stay, or return, to the places they call home, is contingent not only on ending physical aggressions, but on recognising how our ways of managing natural resources are killing land and water bodies, ways of living, and our common sense of humanity.

Asked whether there was any hope, given how pervasive such practices are in the world, Professor Sassen asserted emphatically: yes, and of course we must hope. Legal means to put an end to this mismanagement of resources and unjust treatment of people can be developed on the back of new concepts that respond to contemporary challenges. Professor Sassen’s hope is not that things will improve over time of their own accord; she hopes that hope will drive us to create for hopeful futures built on something other than growth at all costs.