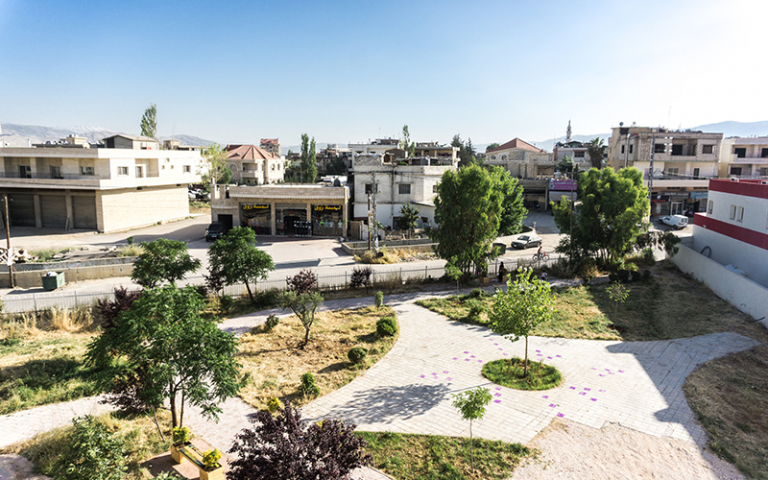 Dr. Christopher Harker, Director of Research at the Institute for Global Prosperity, UCL, working in collaboration with James Shraiky, Director of the Interprofessional Studio for Complexity Thinking (InterSCT), have recently won a UCL Global Engagement Fund award to explore how residents of Shatila Refugee Camp, Lebanon, create pathways to prosperity under conditions of long-term encampment. Global Engagement Funds support UCL academics in collaborating with colleagues across the world to increase their global impact and puts partnerships of equivalence at the heart of everything UCL does.

The funds will be used to organise three workshops in autumn 2019, in which camp residents will discuss their everyday lives and how they strive for a contextually defined 'good life'. The research team will then translate residents’ accounts into an operations toolkit. This will include examples of residents-led best practice that will guide the management and operations of existing and future camps. The operations toolkit will be shared with members of the political and humanitarian communities at two practitioner workshops in Lebanon and London in spring 2020, and at the 69th United Nations Civil Society Conference.

There are currently 12 officially recognised Palestinian refugee camps in Lebanon, in which tens of thousands of Palestinians face overcrowding, poor living conditions and demographic pressure from population growth and influxes of newly arriving marginalized populations. The Shatila Camp, one of the largest, has experienced significant social and economic transformations during the last decade as the camp has begun to host a large number of Syrian refugees and migrant workers from Northern Africa. Lebanon has no national refugee law, and although many refugees have been hosted, they are forbidden from working and treated as guests with no possibility for naturalization. Camp residents have taken matters into their own hands, rebelled against archaic policies and started pursuing their aspirations. For example, they have created independent businesses, employed other refugees, and created viable economic livelihoods. The funded project seeks to record and understand practices such as these through which camp residents secure their futures.

The project findings will be published on the UCL Public Policy Blog in early 2020, followed by a contribution to the American University in Beirut's Refugees Research Center Policy Brief Series. The research team intend to publish their complete findings in the Journal of Humanitarian Affairs.