The IGP's Professor Jacqueline McGlade is Gresham College’s new Professor of the Environment. She will deliver six lectures in London between September 2018 and May 2019 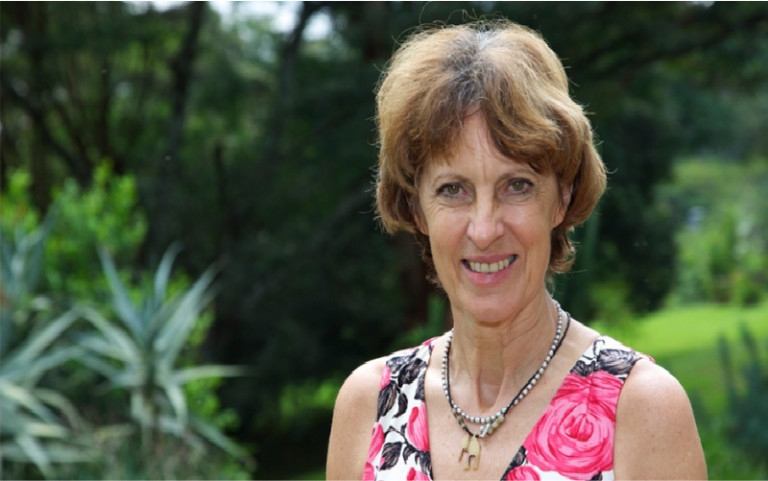 Professor Jacqueline McGlade is the Frank Jackson Foundation Professor of the Environment at Gresham College. She is also a Professor of Resilience and Sustainable Development at the Insitute for Global Prosperity, and Professor at the Maasai Mara University in Kenya.

Proffessor McGlade will present current knowledge about emerging environmental issues that are of global concern. She covers antimicrobial resistance, nanotechnology, cognitive development and childhood malnutrition, food security and climate adaptations in crops, the intertwined impacts of inequality and pollution on human health, and exploring earth from space.

Below is the title, as well as a short desciprtion of each of the lectures

Antibiotic resistance has emerged as an issue that threatens public health around the world. Even simple operations may no longer be possible due to the risk of lethal infection. What is less well known is the role of environmental components in amplifying resistance. Heads of State have pledged to tackle the problem, but current policies are proving inadequate. A shift in thinking is needed with citizen scientists getting involved.

Nanoscale materials are transforming our world. They are not new - some occur naturally everywhere. What is new is our ability to engineer them from common materials for optical, electronic, mechanical, medical and enzymatic applications using new micro-fabrication techniques. Just like the extraordinary world in Alice’s Adventures in Wonderland, the nanoworld contains materials that are exceptional. But the history of exposure to asbestos raises questions about assuring the safety of nanomaterials in the future.

Half of all child deaths are associated with undernutrition, with devastating impacts and far-reaching health consequences. Left unchecked, undernutrition will potentially create an intergenerational, self-reinforcing pathogenic cycle of violence and behavioural disruption, that can spread around the world through human migration. Eradicating malnutrition requires that more nutritious food is accessible to the poor and vulnerable. Beyond this, there is a deeper question. Is it possible to restore the cognitive loss resulting from malnutrition, using new artificial intelligence and cognitive models?

Worldwide, over 80 plant species are known to cause poisoning from nitrate accumulation. But droughts are exacerbating this for many staple crops. Even after a drought, the growth in water-stressed crops can result in the build-up of other toxins. Global warming is also helping to spread mycotoxins, with 25 per cent of cereals worldwide estimated to be contaminated and 4.5 billion people exposed to uncontrolled levels. We will need an aggressive strategy to ensure the safety of agricultural yields and food in the future especially in drought-prone and even temperate zones.

The Intertwined Impacts of Pollution and Inequality on Health - April 30

Pollution is a much more complex problem than many realise, and it cannot be resolved solely through global and regional agreements. Pollution is closely connected with behavioural and technology choices, production and consumption practices, industrial processes and pricing policies, financial and business sector orientation and a culture of consumerism and irresponsibility to the environment and impacts on people's health. Only by changing behaviours can we tackle pollution.

Exploring Earth from Space - May 21

In recent years, multiple space missions have been launched. Many have set out across our galaxy to explore other systems and planets, capturing people’s imaginations and helping us to understand more about the origins of the universe. But there is also a myriad of space missions and platform that are sending data back to earth that is telling us about how the earth is changing. Today the earth is opening its secrets as never before.