The Institute for Global Prosperity is broadening the conversation of what is possible, and encouraging bold new thinking in response to the problems of the 21st century. 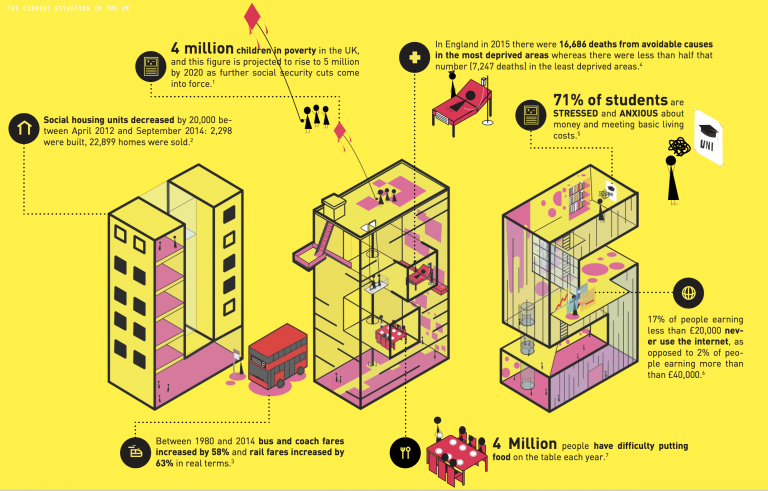 The Universal Basic Services report released by the IGP in October called for UBS to be examined as a serious potential measure that could provide the foundation for more prosperous lives for those who are just getting by. It received a response from a broad range of backgrounds and beliefs, with The Guardian, The Independent, The Sun, The Daily Mail, The Times, Prospect Magazine, and other outlets reporting on the new proposals put forward.

At the time of release, IGP Director Professor Henrietta Moore said ““Without radical new ideas that challenge the status quo, we face a future where the changing shape of our society and labour market leaves more and more people struggling simply to achieve the basics – let alone having the resources and mental energy to allow themselves and their families to flourish.”

This weekend, in a speech to the Alternative Models of Ownership Conference hosted by the Labour Party, Jeremy Corbyn called for “extending the principle of universalism right across our basic services”.

Paul Mason stated “If you’re an Uber driver or a security guard or an Amazon fulfilment centre worker, a five or ten percent pay rise is less important than a transport system that is cheap and gets you to work on time. And above all, housing, energy and water bills you can afford. The UCL Institute for Global Prosperity calls this concept ‘universal basic services’. They estimated it would cost £42bn a year to provide basic amounts of “free housing, food, transport and IT” – on the same lines as the NHS.”

Co-author of the UBS report, Jonathon Portes said “The UK economy is astonishingly good at generating jobs, but too many of these jobs are low quality and insecure, with no scope for career development. A key motivation behind the Universal Basic Services proposal is to shift the balance of power in the labour market by reducing the costs of a basic standard of living.”

In the coming months, the IGP are developing plans to work with existing local groups to bring different elements of the Universal Basic Services package to life, exploring the role that local governments, businesses, and communities can play in implementing some of these services.