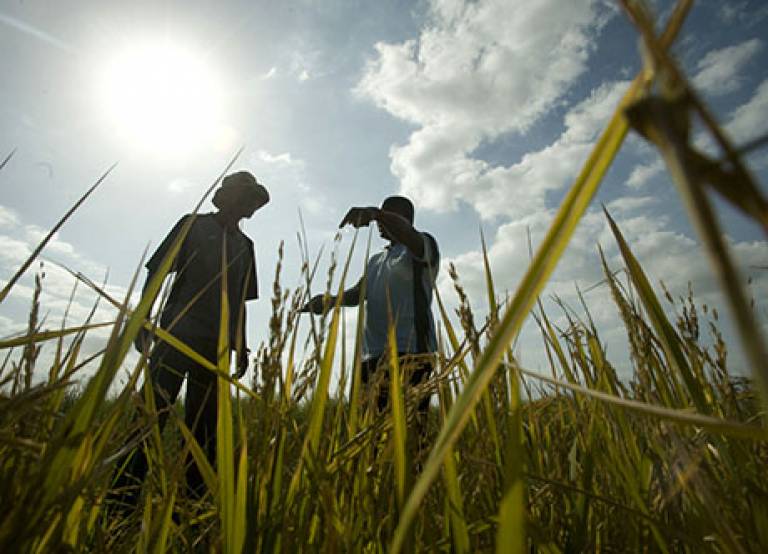 Blogpost and video by Journalista 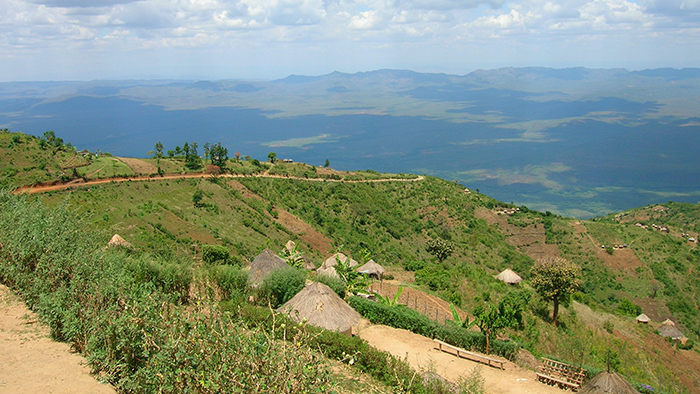 On Wednesday 22 June the UCL Institute for Global Prosperity (IGP), alongside the UCL African Studies Research Centre, hosted a series of talks on the topic of climate change and adaptation and mitigation strategies in Eastern Africa.

The event brought together researchers from a variety of disciplines, reflecting the values of the IGP that Henrietta Moore, Director of the IGP, voiced in her introduction (quoted above). It was no surprise, therefore, that climate change was considered in its many different forms – physical, social, political, and economic – and that solutions to the issues it creates were multifaceted and contextual.

“These are going to be the new technologies, the new institutions, the new ways of dealing with climate change, and they are going to have to be very, very diverse.” - Professor Henrietta Moore, Director of UCL Institute for Global Prosperity

The first talk, given by Dr Matthew Davies of the UCL African Studies Research Centre, discussed the farming system of the people of Marakwet, northwest Kenya. Here, Dr Davies has seen that the people of Marakwet have remained resilient to large changes in climate over many generations, by combining traditional methods with modern technologies and resources such as new crops and pumping systems. Davies proposed that rather than looking at “hazy” predictions of future climate, we should instead look at how stakeholders have dealt with fluctuations in climate in the past and attempt to draw upon their potential in future adaptation strategies. This, he says, is a step towards managing climate change that deserves more attention than it is currently receiving.

In his presentation, Professor Richard Taylor took a resource-focused approach to climate change adaptation in Africa. As a leading member of the GroFutures project, he has been responsible for the mapping of groundwater reserves across Sub-Saharan Africa. This is a largely unutilised resource and is unique in that it is replenished in times of excess rainfall, namely El Niño. If our predictions of climate change are to be trusted and rainfall is going to increase in intensity but decrease in frequency in East Africa, then groundwater could be a way to mitigate the effects of this and provide a sustainable water source, he argues.

Dr Jed Stevenson of UCL Anthropology, also on the theme of water management, spoke of the challenges encountered when large-scale sustainability plans impact on the equilibrium of a community that is sustainable and resilient to climate change on a local scale. This was addressed via a case study of river-basin engineering in the horn of Africa.

As we moved into the afternoon session, the speakers shifted the participants’ focus away from physical or resource-based solutions to adaptation and mitigation challenges. Instead, they centred their talks on people themselves and how their attitude and behaviour is central to tackling the effects of climate change.

Dr Martin Skrydstrup of the Department of Food & Resource Economics, University of Copenhagen, spoke on his project of organising Participatory Scenario Planning with local farmers on the slopes of Mt. Kenya. The project aimed to simply educate farmers on the concept of meteorological prediction. He articulated the relevance of power dynamics in the conversation on climate change, drawing upon the resemblances of hierarchies of expertise with those of faith, particularly Christian. His anthropological perspective on climate change served as a useful reminder to the participants, that climate change is not merely an objective phenomenon that translates clearly between cultures, but a phenomenon that is shaped and transformed by culture and politics.

Dr Joost Fontein, Director of the British Institute in Eastern Africa, Nairobi continued this theoretical vein, asserting that the effects of climate change are largely defined by the attitudes with which people approach them. He spoke about Mathare, one of Nairobi’s oldest slums, and how the marginalization of people living there has created an environment where gang leaders, instead of a government, control land and water usage. This has lead to a shift in the way people evaluate the risks accompanying adverse weather, and in the case of El Niño in 2010 where huge floods were predicted, people remained in their homes by the river for fear of having their land stolen, rather than escaping to safety. In the context of Mattare, Fontein argued, understandings of climate change are influenced by this political situation. Rather than being perceived as a long-term, existential threat posed by changing weather patterns, climate change is a contemporary programme of infrastructural development that affects people’s everyday lives.

The event aimed to ‘open up new avenues for interdisciplinary dialogue’. To aid this, Professor Yacob Mulugetta from the UCL Department of STEaPP drove discussion, creating multiple links between the talks that the speakers and audience members built upon.