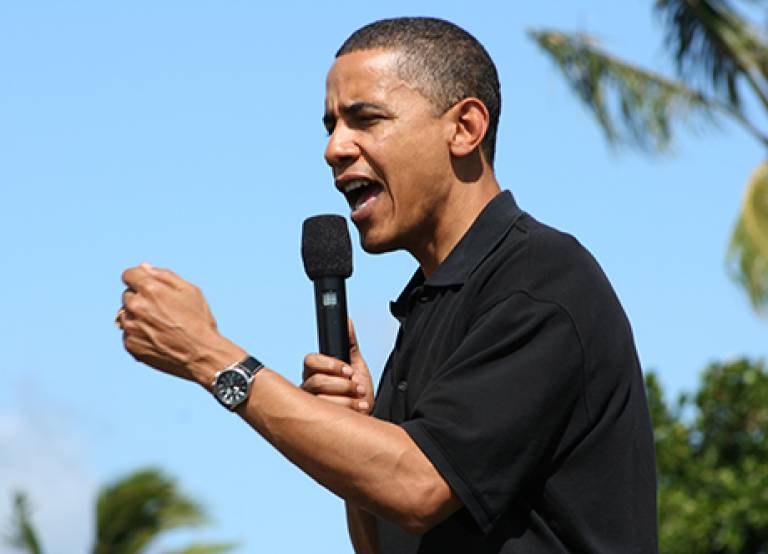 In a recent publication by IGP Honorary Senior Research Associate Dr Sabine Selchow titled 'Resilience and resilient in Obama’s National Security Strategy 2010: Enter two ‘political keywords’', Dr Selchow conducts a systematic analysis of the 2010 National Security Strategy document published under Obama's administration. In her article, published in Politics, Dr Selchow argues that the use of 'resilience' and 'resilient' in the NSS 2010 document can be seen as the actualisation of both words as 'political keywords', and finds that both are ideologically loaded.

Dr Selchow is a Fellow in the Civil Society and Human Security Research Unit, Department of International Development, London School of Economics, where she is in charge of the 'Culture/s'-research componet of the ERC-funded project "Security in Transition". She contributes to IGP's work on migration and security, and advises on the Institute's communications strategy.