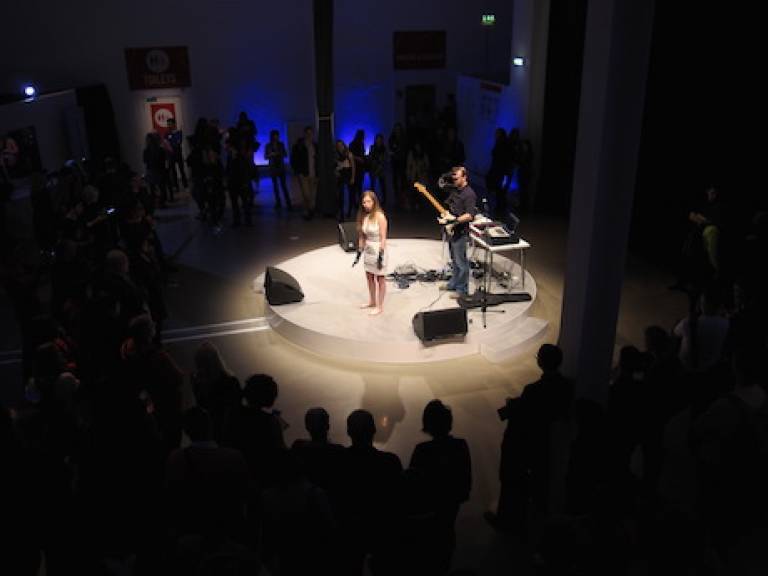 After the recent discovery that around 11 million Volkswagen cars have cheated basic lab emissions tests in the US, it may not seem like the most appropriate time to get excited about high-flying ‘public innovation labs’. Yet such entities—keen to engage in creative experiments rather in more mundane safety tests—are growing increasingly trendy, at least in the Western world. In this brief piece, Dr Tuukka Toivonen positions public innovation labs as ‘careful experimenters’ and explains why we would be well advised to treat their key claims with some scepticism.

Believe it or not—Silicon Valley-driven innovationism is disrupting governments around the world and bringing a fresh new vocabulary of experimentation, prototyping and iteration into policy-making. In an attempt to create a spiritual cousin to the classic startup garage, policy hacks and their partners have conjured up—or more appropriately, co-designed—something called the ‘public innovation lab’ or the ‘government innovation lab’. You may not yet have personally felt the rapturous waves of positive policy disruption amid on-going public expenditure cuts and regulatory failures, but according to Nesta at least 100 labs have recently been founded and more are expected to set up shop soon.

But what can we realistically expect from public labs after the initial excitement wears off? Should we be mildly optimistic about the novel possibilities labs may open up, or should we dismiss them outright as a neoliberal plot designed to veil deepening inequalities and create a false sense of hope that surface-level innovations will somehow deliver a glorious future society?

To engage with these questions, I attended Nesta’s LabWorks conference in July that brought together an international mix of delegates from prominent labs such as Denmark’s MindLab, the Boston i-team and the Seoul Innovation Bureau, as well as from perhaps less well-known organisations including Austria’s CityLab Graz, Chile’s GobLab and Malaysia’s Pemandu. In addition, over the past months I have held numerous conversations with the founders and leaders of the Finance Innovation Lab, the RSA Great Recovery lab and the Future Cities Catapult (all in London) as well as Wow!Labs (based in Paris), while also speaking to Nesta. Based on these interactions I argue that we need to start making some honest (as opposed to hyped or aspirational) conceptual distinctions between different types of labs and seriously consider the limits of experimentation within public innovation labs in particular.

(1) Apples and oranges: ‘labs’ come in many varieties

It is possible to loosely define innovation labs as organisational instruments created for the express purpose of improving key services and/or changing socio-technical systems (this is indeed the definition we begin with in our IGP-based research into labs). However, in practice labs come in myriad forms. For starters, the ‘public innovation lab’ category can be said to include intra-government labs as well as labs that are run primarily by actors in the private or non-profit sector but that focus on public services and/or policies, often collaborating with governments around particular projects and contracts.

Both of these types can be distinguished from often decidedly more radical labs founded by civil society actors, a category that would include London-based entities such as the Finance Innovation Lab and the Comms Lab (that has a mission to help ‘ad agencies to do good’). These labs are free to set their own agendas that can contrast starkly with the priorities of current mayors and national (or state-level) governments. Civil society labs often, though not always, focus on systemic rather than incremental or purely service-level change.

It is not productive or even possible, though, to draw overly sharp boundaries around these three types, as even government-run labs tend to partner with a range of internal and external organisations. For instance, Boston’s MONUM works across city hall departments, schools, businesses and citizens. Civil society labs usually do not rule out collaborating with governmental actors either. Also, some ‘labs’ specialise on funding than on direct hands-on activities and should be viewed as playing a distinctive role as lab intermediaries or as ‘mother labs’ (that strive to give birth to a range of labs that tackle public issues directly).

In his LabWorks opening talk, Nesta’s CEO Geoff Mulgan designated ‘experimentation’ – more specifically, experimentation for the purpose of creating useful ideas to better meet social needs’ – as the common denominator of all public labs. But methods of experimentation, too, vary greatly (some being driven by design principles, others by data or behavioural economics), and so does its scope, as discussed next.

When it comes to the scope and substance of experimentation by labs, it’s quite easy to get lost in the jungle of terminology around RCTs, human-centred design and the like and to miss the forest for the trees. Now, while I do not question the potential value of, say, re-engineering tax letters to get more citizens to pay up on time (that the UK’s Behavioural Insights Team is well-known—or notorious—for), a lot of the experimentation that labs are said to engage in comes in a considerably narrow form. They tend to focus on improving existing government functions and services, while any experimentation in relation to transforming the status quo and the relationships that underpin it remains out of scope.

Many discussions at LabWorks reflected this ‘experimentation within an iron cage’ reality. Stephen Goldsmith of the Harvard Kennedy School, employing a language of ‘fixing’ services and ‘keeping score’ of improvements, emphasised the importance of managing stakeholders well (including city hall middle managers) and bridging organisational siloes. At best, this can shift the culture of city governments to make them (somewhat) more innovative. Marco Steinberg, founder of Snowcone and Haystack in Finland, highlighted the fact that most public servants were not originally hired to engage in innovation and would not necessarily perform well in this domain. Chris Sigaloff of Kennisland argued that labs be seen as dangerous by government departments when those departments feel they are at risk of becoming redundant in connection with (the success of) particular lab projects. She also reported on how her lab—itself not part of government—is typically requested by governmental actors to ‘innovate within the box’ and how even remarkable new discoveries fail to be picked up and applied by governments (who quickly return to ‘business as usual’).

So a realistic, if cynical, way to approach public innovation labs is to (1) take all existing definitions with a pinch of salt and create more ‘honest’, transparent definitions that are grounded in comparisons and, ideally, direct observation; and (2) to view them provisionally as ‘careful experimenters’ that operate in highly constrained environment where finely tuned strategies are needed to cut through bureaucratic obstacles and alleviate fears of unwanted disruption. This is not to say that labs cannot, over the long term, potentially transform the culture of governments as well as stakeholders and increase their appetite for risk-taking and creativity in the face of grave sustainability challenges. As they do so, lab teams may identify particular governance structures that can best ‘buffer’ them during the creative process and then amplify the results—a topic that merits its own article, or rather a series of comparative analyses.

In a follow-up article to be published later this autumn, I will tackle the question of whether different types of innovation labs can hope to evolve into a ‘movement’ that extends beyond government circles and academic networks.