TAKHAYYUL conference: Poetics and Politics of Imagination: Causes and Obstacles to Prosperity 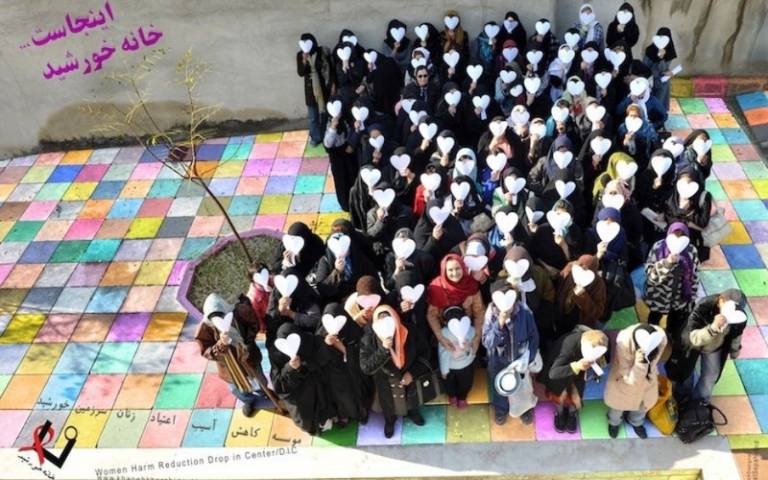 Confronted by the rise of the ‘new right’ and the advent of ‘post-truth,’ existing scholarship on the global and transnational populisms calls for a departure from rationalist, essentialist, and structural-functionalist analyses. At this critical juncture, new scholarly terrain is called for to attend to myriad ‘irrational’ forces in politics e.g., emotional attachments to charismatic leaders, pre-colonial nostalgia, and impossible aspirations.

In the first conference of our ERC project entitled “TAKHAYYUL: Imaginative Landscapes of Islamist Politics Across Balkan-to-Benghal Complex” we bring together academic works that seek to offer a fresh perspective that does not reproduce the irrational tropes yet is able to move beyond the Eurocentric preoccupation with liberalism and secularism. While a growing consensus emerges on the multiplicity of paths to modernity, the relationship of modernity with disenchantment and secularization is being hotly debated. In the West, scholars note that disenchantment caused by the retreat of religion in public life is replaced by the rise of ‘secular magic’- through charisma, myth, revelation. This conference seeks to contribute to the scholarship on contemporary forms of populist politics through a focus on the mystical, charismatic, dreams, and the affective. We aim to develop a discussion around various theoretical approaches on which to delineate the ways Islamist movements forge imaginative landscapes.

In this conference, we ask: How can we expand our understanding of the formation of various populist Islamist political milieus through a focus on longing, nostalgia, dreams, desire, and other subjective, psychoanalytical, emotional, aesthetic facets of everyday life? How do imaginative and emotive references shape and steer the ideals of prosperity? If any, what are the obstacles to those ideals in the formations of narratives around hope and better future?

The conference brings together a wide array of scholars working on Muslim societies and Islamist movements across the world. It will stimulate a debate on the parallels and differences between various Islamist movements and their claims on the past, present, and future in an interdisciplinary forum bringing together scholars of sociology, political science, anthropology, social and legal history, and cultural studies.

The conference will be merged with the launch of our project on the evening of 2nd December.

This panel invites papers which advance the discussion of populism beyond the confines of structuralist explanations through a focus on subjective, psychoanalytical, emotional, aesthetic factors. It seeks to expand these discussions towards Muslim countries and posits the question: Is the contemporary rise of Islamic populism among Muslim majority countries a move towards post-Islamism?

We invite scholars who are interested in contributing to the one or more of the following questions: How and when do cognition and affect produce populist discourses? How do individual and collective aspirations and anxieties construct a normative distinction of us versus them? How do populist normative injunctions affect political preferences? Can we trace these aspirations and anxieties to postcolonial pasts?

2) Populism and Prosperity 2: Engendering Populisms and the Masculinist Restorations

This panel invites papers that would address the epistemological issues of canonical scholarship that tends to sideline gender analysis. It takes a strong critical position especially in the in the writings of the Middle East and South Asia, where the gender segregation is inevitably administering the dominant social and political discourses. It also directly questions the work conducted by male scholars with male-only interlocutors that simultaneously fail to address the masculinity aspect. We invite panelists who address one or multiple of the following questions:

How do the gendered aspects of social formations inform everyday politics and the political discourses in the region? More specifically, can we trace elements of masculinity, or even hyper-masculinity, in the political resurgence of Islamist movements? How do intimacies in gendered spaces become a way of constructing normative notions of masculinity and femininity? How do gender normativities become a means of populist mobilizations?

This roundtable invites speakers who would like to contribute to the following question: How can we understand and theorise charismatic leaders’ ability to enchant followers, and form intimate bonding?

The uprisings that spread throughout the Middle East brought the revolution back to the political vision. Nevertheless, these revolutions made little break from the previous regimes. While these revolutions were rich in movement, they are weak in change. Middle Eastern revolutionary movements have been unable to bring significant transformation and prosperity to social and political life because of powerful counter-revolutionary forces, falling into extremism, geopolitical constraints, and external interventions. What is the role of imaginary constellation in the making and framing of the revolutions? Are the revolutionary dreams doomed to “failure”? Or do they signal a new political imaginary and subjectivities as powerful source of change in the long run? How can we understand revolutions beyond failure and success paradigm?

4) Dramas and Imaginary Narratives of Prosperity

Dramas and TV shows and series have been strong actors in the production of political imaginaries and politically- charged emotions. The global new technologies include broadcast and digital streaming channels, social media, and other means by which imaginative and emotive narratives are circulated throughout the world. The renowned series Ertugrul, for instance, has been studied as a means to particular populist politics in Turkey with an influence on European, North African, and Asian Muslim groups. We will discuss the collective emotions and political imaginations evoked by series and narrative; as we often experience a particular narrative of a prosperous history (historical event, character, etc.). We invite scholars working on different forms of Islamic groups and their cultural productions to engage in a lively conversation about these political imaginaries.

5) Imaginations as Politics of Enchantment

This panel invites scholarship that places enchantment back into politics. Research on discourses and framing within social movements has highlighted the affective side of mobilizations. The kind of pre-existing attitudes that exist within a political culture influence the kind of politics it breeds. This panel therefore asks: How do various affective connections such as those of solidarity and community, whether real or imagined, contribute to politics of enchantment? How do imaginations act as a medium of politically significant meanings related to either collective memories of the past, diagnosis of the present, or imagined futures? How do ‘dreams’ become significant for political meanings and mobilizations? What is the role of ‘charisma’ in shaping imaginations? How can we theorize about ‘collective imaginations’ in today’s age of internet hyper visuality and connectivity?

Conclusion and Discussion on Publication Plans