Ethics Chair of the IGP and Equality, Diversity, Inclusion and Intersectionality (EDII) Lead for IGP

My work often focuses on intangible aspects of human subjectivity that enables humans to change and transform social life. I analyse human agency and investigate its creative and imaginative capacities. In my current ERC-funded project “Takhayyul”, I direct this focus towards the political transformation. The project is part of the turn towards dreams, desire, hope, nostalgia, and aspiration but it has yet to take effect in research on Islamist thought and practice. The failure to include imaginations and fantasies in political analysis is a result and malady of the Eurocentric rationality-oriented theories. We need fine-grained investigations into subjective, emotive, and imaginative forces. This project contributes to a wide array of scholarship ranging from political movements, to populism, toxic nationalism, and imaginative/emotional visions of total domination as major challenges to social and political life.

Takhayyul is a collaborative study that will ethnographically excavate the imaginative forces in the formation of populist Islamist aspirations in the Balkans, the Middle East, and South Asia. This project seeks to contribute to global prosperity by offering a fresh perspective that does not reproduce the tropes on irrationality. Instead, it is designed to provide a sound theoretical ground upon which to delineate the ways populist forms of Islamist politics forge imaginative landscapes beyond the borders of nation-states.

I have formerly worked on human subjectivity and its agentive and imaginative capacities mostly through an analysis of gender and sexuality. My first single-authored book, “Working Out Desire: Women, Sport, and Self-Making in Istanbul”, (2020) is a study of desiring self-making. It examines an urban trend spor merakı (interest/curiosity in sport) as an object of desire shared by a broad and diverse group of women. The book also places women’s desiring subjectivity at the centre of analysis and thus pushes back against the conventional boundaries of scholarly interest in Muslim women as pious subjects. It presents the ways in which women's changing habits, leisure and self-formation in the Muslim world and the Middle East are connected to their agentive capacities to shift and transform their conditions and socio-cultural capabilities.

The realms of desire, everyday life, and leisure inevitably plead for ethnographic enquiry that crystallizes dynamics of sexuality, normativity, and intimacy in the geographies that I work with, namely the Middle East. I published one edited volume (“The Everyday Makings of Heteronormativity: Cross-Cultural Explorations of Sex, Gender, and Sexuality” by Lexington), two special issues and three articles on the subject. In this set of work, I highlight how the mundane operations in everyday life provide a metacultural intelligibility for heteronormativity based on sexual scripts, normative spaces, and gendered acts. I examine the normative coherency and privilege and explore in ethnographic detail the operations and making of heteronormative devices: material, affective, narrative, spatial, and bodily.

I am currently accepting PhD applications on topics related to ethical imagination in the Middle East and the Balkans. 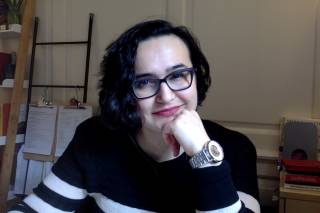