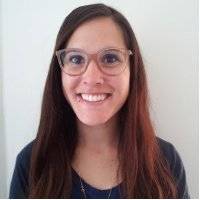 I undertook the MSc in Environment and Sustainable Development at Development Planning Unit, UCL in 2011-2012.

I am Italian, and I came to the UK in 2006 to pursue my Undergraduate studies in Economics and International Development. At the time I had a general interest in most areas of international development, such as resource struggles, food security, gender inequality, global health, etc.

During a placement year in 2009-2010 as part of my first degree, I interned at Guizzetti & Associates, an international development consulting firm in Washington D.C., and had the opportunity to attend UN-HABITAT's World Habitat Day celebration. This event brought me to the realisation that cities were a hub for most of the core human interactions, and that many topics I was interested in found an extreme expression in an urban setting.

I became fascinated by the flow of energy, people and resources directed towards cities, and by how these can develop, grow and subside in a complex and intricate way. These reflections were confirmed when I moved to the Indian branch of Guizzetti & Associates for three months.

In Mumbai, the mega-city par excellence, I witnessed and experienced the incredible mix of synergies, where abundance coexisted with poverty, resulting in a constellation of skyscrapers and slums. As I tried to untangle these thoughts, I started gaining a stronger awareness of the role of urban planning and design, and of the intended or unintended effective use of space by its inhabitants.

I also understood the impact of dire environmental conditions on urban citizens in terms of lack of access to water, sanitation and adequate waste management. Equipped with this new baggage of ideas, I completed my BSc by specialising on informal settlements. I subsequently looked out for a course that would allow me to respond to what I now believe to be one of the century’s greatest challenges: how to create sustainable and inclusive cities. I found exactly what I was looking for at the DPU.

Through the ESD course, we had the opportunity to analyse many case studies from around the world, which would match up, elucidate and sometimes challenge the theoretical approaches we were presented with.

The taught part of the programme led on to a two weeks practical experience in Accra, Ghana on the theme of environmental justice around urban agriculture in low-income, densely populated areas. This combination of theory and practice allowed me to build up a series of capacities which turned out to be very useful in the aftermath of my time at the DPU.

I gained an in-depth understanding of the forces and dynamics at play when considering urban environmental issues, and a series of insights into different alternatives to top-down urban planning that creatively and effectively involve citizens and community groups. I was also exposed to new tools for carrying out and disseminating qualitative research, such as interview and focus group skills, participatory processes, mapping, filming and editing audio-visual material, etc.

Towards the last months of the MSc, I had the opportunity to embark in a project that I co-founded as part of a team of biologists and environmental scientists, where I acted as the international development specialist. We elaborated a research project called Bugs for Life on the use of edible insects in a context of food insecurity in North Benin. Although this is a rural project, the skills gained in my MSc were crucial in the formulation, fundraising, undertaking and follow-up of the project.

I spent 2 months in Benin shortly after completing the MSc programme. We produced a report and a documentary, and Bugs for Life is now becoming an NGO that promotes edible insects globally. In parallel, I have been working in the International Team of the Building and Social Housing Foundation (BSHF) since January 2013.

BSHF identifies and promotes good practices in housing through various activities. The main one is the running of the World Habitat Awards in collaboration with UN-HABITAT, rewarding innovative, sustainable and transferable housing and habitat projects throughout the world.

I also work on organising the International Peer Exchanges that take place annually between the two World Habitat Awards winners from the previous year. For example, this year’s edition took place in September 2013 with the Uruguayan South-South Cooperation project for the transfer of the mutual aid cooperative housing model by FUCVAM, and was attended by African and Latin American participants.

I have no doubt that my time in ESD has brought a significant contribution to increasing my abilities in the field of environmental and sustainable planning, and has given me the tools to successfully navigate and construct the professional opportunities I am currently involved in.