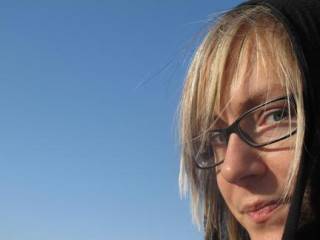 I loved drawing since I was a kid. One of my earliest memories is me being annoyed with the kindergarten teacher who drew an L-shaped nose over the place where I had painted an ear, not understanding it was a face profile drawing (this probably coincides with the first instance of me questioning authority?).

I started scribbling and designing floor plans in Grade 5 or 6. I used to keep a journal with cut outs of reference ideas from architecture magazines. The creative process of spatial problem-solving could entertain me for hours. I loved creating these perfect little systems where all the pieces would fall into place and create this beautiful autonomous unit.

In high school I was exposed to and developed an interest for a whole new range of exciting disciplines – history, geography, psychology, sociology and philosophy but chose architecture over all of them. By year two of architecture school I was missing the ‘outside world’ terribly. The discipline of architecture, at least its mainstream manifestation, proved to be a self-absorbed, arrogant pond of hyper inflated egos catering to a very limited clientele, mirroring each other’s absolute lack of interest in the wider social context.

Don’t get me wrong – I love design and I think there is something very privileged in being able to create beauty. But all this beauty felt meaningless and irrelevant and it made me question my position and direction on a very personal level. Because apart from liking to scribble on paper since I can remember, I also always wanted to positively contribute to society and as a future architect I didn’t feel I was on the right course to do that.

After travelling to China during the preparations for the Beijing Olympics and seeing the effects of forced displacement on a massive scale while only hearing architects talk about all the wonderful ‘starchitecture’ being erected for the event, I was thoroughly disillusioned. This was further exacerbated after learning about the modern day slavery experienced by the under-class that built Dubai, its ‘jewels’ admired by engineers worldwide.

Ethical conduct was certainly not in our scope of work. (After dropping out of school for a while and selling ice-cream in the park) I specialised in urban development, seeing the city-scale as the arena where important decisions are made.  I graduated with a project focusing on the redevelopment of an industrial area in my home town, synthesising opposite scenarios to optimally respond to local needs and global trends. Throughout this process, I kept looking for a niche that would allow me to bring together my love for design and my need for a meaningful and responsible contribution to urban and social development.

I found the BUDD course online and was delighted to realise that I was not alone in my quest. Quite the opposite - there seemed to be a growing awareness and nascent movement among built environment professionals calling for a different kind of engagement with the increasingly complex urban condition, its form and dynamics. Being equally interested in urban development in the European context and in the Global South, I applied to the Urban Regeneration course at the Bartlett as well.

Contrary to my expectations, I received an offer from both. One represented a safe continuity and the other was a jump in the complete unknown. A master course in urban development being the biggest dream I had ever had at that point, the choice between the two must have been one of the hardest decision in my life as I knew it would mark the course of my future forever. I followed my gut feeling and choose the unknown. And never regretted it.

Since day one I knew BUDD and the wider DPU family were where I belonged. The year spent in London was a period of incredible professional growth that opened up a whole new reality to me. Personally I mostly enjoyed being finally able to ground spatial interventions into international development theory, understand them as actions in contested environments with a variety of opposing interests and frame them as politically charged processes with a potential of empowering citizens at the community and municipal levels.

Throughout the course, I developed a special interest in the ‘post-conflict’. As Camillo would always say, one needs to “step out of the comfort zone”. Well, with my dissertation “Limits to internationalised state-building: The stabilisation of post-2001 Afghanistan” I most certainly did. And I absolutely enjoyed every second of the three months spent on pure political philosophy, discussing the concept of state legitimacy.

A week after submission I was already on a plane to Afghanistan to start an internship on emergency response with People in Need, an international NGO. I then spent the next year and a half with local research NGOs, The Liaison Office and the Cooperation for Peace and Unity, working on projects focusing on sub-national governance and local conflict.

With my current position – working as the Monitoring and Evaluation Manager with Development Alternatives Incorporated, an international development company, on a stabilisation project in Northern Afghanistan, I see the concepts explored in my thesis applied in practice. I feel like I have come full circle and I’m ready for new challenges. The learning curve has been extremely steep and every single year spent in the field seems like another master degree. Has it been testing, stressful, overwhelming? Yes, yes and yes. Would I do it again? Absolutely.

Major lesson learnt from the field (or better – seen in practice after discussing it at BUDD)? Process and outcome of a development project are equally important for sustainable impact. The first years in Afghanistan focused on quick delivery of physical and governance structures, designed and delivered by foreign actors.

With the recognition that this did not foster a sense of ownership, let alone legitimise the government, the focused shifted towards dialogue with local actors and engagement of traditional structures while the quality of implementation still lagged behind, to some extent because of very limited oversight due to a deteriorating security situation since 2006.

Eventually, we all ‘re-learnt’ that people will not use latrines that the donor built in an inappropriate place because the community was not involved in the planning process. And they will not be satisfied if there was an inclusive participatory process but the gravelling of the road in the end is of poor quality either. What is needed is an approach that understands and can improve both – process and product – at the same time. And this is exactly what the broad and multifaceted understanding of design at BUDD teaches you.

So if you are considering jumping, I would say go for it. Let your critical thinking be the parachute. BUDD will teach you how to use it.

Twenty years later, I still love drawing and my notebooks are full of design concepts. The difference is I now know these abstract ideas for spatial expressions are not little independent units. They are part of a bigger urban system that is constantly shaped by the interests and different levels of influence of the actors operating in it. In this context, architecture and urban development are truthful physical reflections of a society, mirroring injustice and exclusion, prosperity and power.

And if anything, questioning authority and structural inequalities has intensified over the years. As the arena where state-society interactions are possibly most tangible and felt on a daily basis, in an increasingly urbanising world municipal governance is where citizenship rights can be most directly exercised. Hopefully, my next step will allow me to explore this further.