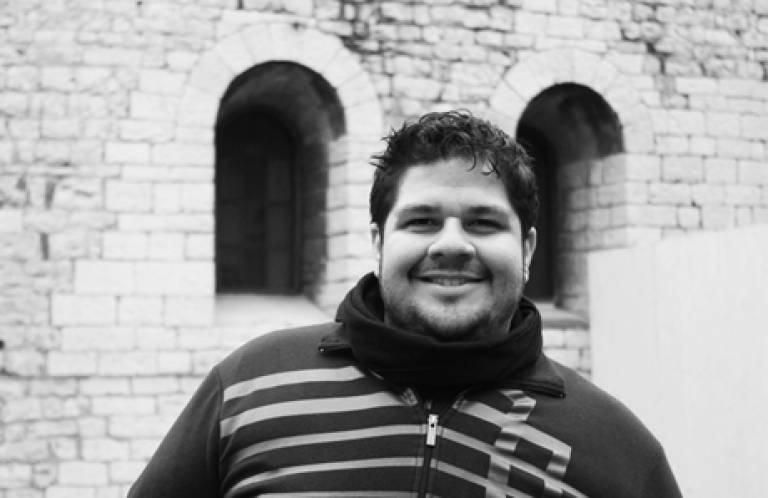 Early in my studies I developed an interest in socio-cultural urban design, where my core interest lied in the study of architecture as a vehicle that celebrates everyday life. I studied Architecture in Puerto Rico, where I was very much influenced by the rich culture that’s embedded in everyday life and often overlooked as an essential tool for design.

As I completed my masters degree in Architecture in 2007 at the USF School of Architecture + Community Design, during which I focused on community led architecture and urban design, my interest grew in issues in urban and community planning, which was reflected in my graduate thesis project, “Reviving Bayamon City Core”. This project focused on documenting the existing socio-spatial history of the city’s core, along with the current spatial behavioral patterns. My research findings were used as a foundation for a culturally sensitive architectural proposal. This extensive research marked the beginning of my formal research on cultural and community oriented design.

Upon graduation, I joined ShenkelSchults, where I worked on a number of architectural projects that include public buildings, such as Suncoast Polytechnical High School, Sarasota County Technical Institute, and Citrus Co. Child Advocacy Center and Emergency Operations Center.

I later on pursued my second master’s degree in Building and Urban Design in Development from the Bartlett’s Development Planning Unit in 2011, which offered me an opportunity to learn from professional development practitioners from around the world, as well as work collectively with a diverse group of professionals from various disciplines.

This multi-disciplinary environment allowed me to expand my knowledge in various fields, demonstrating how each discipline is interconnected and makes up an essential layer of the complex spatial reality. The BUDD experience widened my perspective on socio-spatial design through the countless theoretical debates on development, role of institutions, role of the community, and power, in addition to the practical work conducted to help apply these discourses to the field. We were given the opportunity to explore various international settings, such as Brescia, Bangkok, and London, while collaborating with local citizens, public sector, and non-governmental organizations.

We had the opportunity to participate in a design charette in Brescia focused on the spatial impact of the post-industrial city, exploring how remnants of the past can be reused as elements of social solidarity within the diverse nature of the residents. In contrast to this cultural context, the intensive fieldwork conducted in Bangkok focused on the analysis of a housing project thats initiated by an NGO under the umbrella of the government.

As part of a multi-disciplinary working group, I was exposed to the complex layers of the informal sector, working on sustainable community-led solutions that focus on community betterment. I have also observed how within one city and one culture, those informal urbanized pockets greatly differed from one another, based on each unique combination of socio-economic and political layers manifesting their environment.

Upon completion of this transformative experience, I joined Thinking Development, a development organization based in London, as building and community planner on the Centre Rosalie Javouhey, a primary school and community center at the heart of Port-au-Prince. This smooth transition enriched my experience in working with marginalized communities, as well as in post-disaster reconstruction, which was one of the modules I focused on. For the past two years, I have been closely engaged with the project on different levels, namely from the conceptual, to design development.

While all these approaches to development focused on the developing world, this international exposure to me added a complimentary dimension to my perspective on cultural and community oriented design. I was tremendously inspired to reflect on how these complex concepts of participatory planning can be applied to the first world, where the culture of marginalized communities persists to a relatively strong degree.  This later on became my main source of inspiration to establish a participatory community planning studio in Florida.

With these inspirations shaping my professional path, I joined Mesh Architecture and Halflants + Pichette Studio for Modern Architecture, where I worked on several housing projects, both private and public, using the approach I adopted from my rich experience in London. This gave me a unique approach as I reinforced value to the users of space as the main designers of their environment, an approach not commonly used in these professional contexts. I was therefore able to focus on the practical discipline of design, while emphasizing the importance of people as primary shapers of their environment.

Meanwhile, I felt the cruciality of academic research, especially as I was interested in digging deeper into socio-spatiality of people-scaled design. I therefore joined USF and Seminole State as adjunct professor, lecturing a number of classes and leading several graduate design studios that explore complex socio-cultural dimensions of architecture and community design.

Leading advanced studios gave me the space to incorporate development theories into the study of architecture in an academic setting, while collectively exploring the notions of participatory design with my students. An essential component of my design studios is local and international practical exposure.

In the depoliticizing verticality studio, students were to design a mid-rise tower for Market rate and social housing residents. The studio addressed the socio-economic factors that need to be identified and accommodated in the design responses. In addition, students were responsible for addressing the cultural fabric of the city of St Pete, Florida.

In the fall of 2013, this studio participated in the DPU SummerLab in London, where students explored the aftermath of post-Olympics urban development through a participatory in-depth survey of east London. The analysis done on site became the foundation of their architectural design, using architecture as a socio cultural vehicle. This contributed to the students understanding, challenging them to preserve and sustain the local social grain within a tower setting.

In addition to the design studios, I further teach the critical urbanism studio, which consists of a community participatory survey exposing any possible vulnerabilities along with opportunities to build up communal betterment and sustainability. Students will engage in critical participatory analysis of the city of St. Petersburg as means to stimulate a number of potential design resolutions. This will develop through an extensive analysis phase, a crafting of conceptual installation phase, and finally urban planning phase.

Such projects include the Renovation of Public History Center of Sanford Florida, renovating a historical building from 1902, while reviving the scope and vision of the center as an institution and an asset of for the community that serves as a communal information outlet and other functions relative to existing community needs.

Another type of project is towards building social capita through mapping opportunities. Melrose Mercy, Mapping opportunities to build social capital. In collaboration with the City of St Pete, “the deuces live”, USF, and SPC we are developing a graphical collection of maps exposing the current communal vulnerabilities of Melrose Mercy neighborhood, while identifying potential routes for building social capital for this segregated neighborhood.

For over a period of six months, all work has been and will continue to be developed in community participatory workshops, maximizing the exposure of all processes.

The question here is not how society's needs can be spatialized, but how society can be empowered to be the primary agents of socio-spatial change. As I look forward, my main goal is to continue to be instrumental in the process of empowering communities to take ownership by making communities just and inclusive, fostering democratic processes and citizen awareness through participatory urban interventions at a community level.