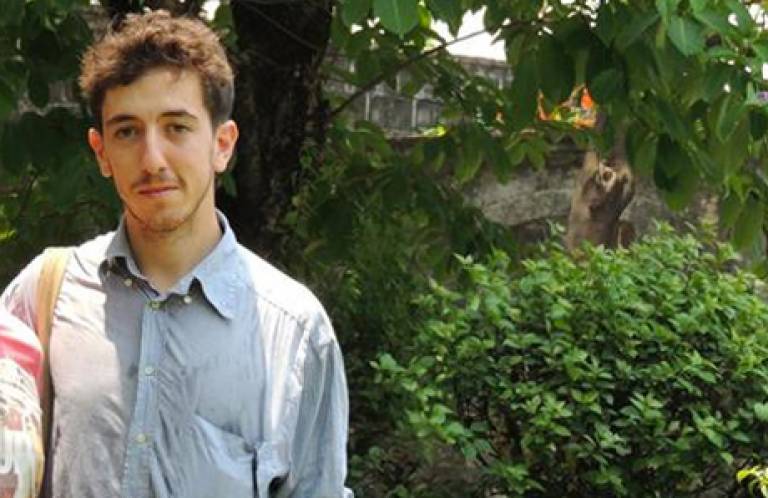 After high school I was quite convinced I wanted to study architecture, but as I enrolled at Milan’s Politecnico my certainty started wavering. I encountered a self-referential discipline, obsessed with aesthetics and detached from the social context in which it was supposed to intervene. Though I briefly experienced other approaches to architectural teaching, studying for one year at Istanbul Technical University and eventually moving to Florence University, at the end I was sure: I would not become an architect.

My first work experience only strengthened my feeling: as an intern in a commercial office in Istanbul, working on a Tuscan-Brasilian restaurant for the Azeri elite on Baku’s seashore (really!), I definitely learned a lot about “real-world design for a client”, but the main learning I got was that I couldn’t survive in that environment. I then found out that the office was involved in a massive top-down gentrification project going on in Tarlabasi, a neighbourhood near my house – with lower-income people evicted, historical houses demolished, and expensive apartments built. I clearly saw that such kind of professional practice was not simply meaningless to me, but actively conniving with the ruling power structure and economic system.

Back to Europe, I somehow got my BA in Architecture and then had the chance to spend six months in the Kurdish city of Diyarbakir (eastern Turkey), within an EU-funded programme in a local NGO, working mostly with children from disadvantaged neighbourhoods and in setting up libraries in the region’s village schools. I got a first glimpse into the controversial world of NGOs.

My studies and initial work experiences made me develop a sort of disenchantment and contempt about the architecture world, but in those years I also broadened my interests and understanding of what “architecture” could be. By witnessing the effects of exclusionary policies on the structure of cit­ies and on the lives of their inhabitants, I started reflecting on the way individual and collective claims are expressed by spatial means, and in parallel I developed a keen interest in the issues of informality, spontaneous design, participatory practices and bottom-up urban and social development. In Turkey I also got to know the queer groups and insurgent movements against the state, which contributed to shape my understanding of society and politics.

I decided that I could indeed be an architect, to help build a more inclusive alternative to the model of development that I had observed, to create spaces that are not imposed on people but which reflect their desires, needs and possibilities.

My questions about the future were, however, rather more down-to-earth: can I design without necessarily spending 10 hours a day at a desk under a neon light? How to work directly with people instead of dealing only with the “client”? Is it possible to work, travel and do something fun and survive with it, or is an AutoCAD-life the only remunerative option?

I heard about DPU and “architecture for development”, a field whose existence I previously ignored, and I decided to try it.

The BUDD course definitely helped me to get a broader perspective on the production of space, the socio-political implications of design, the understanding of social and spatial relations. It exposed me to various discourses on urban development, new design methodologies and communication techniques, providing me with a rather sound theoretical base to build upon, but most importantly it included practical works to test this learning. All of this culminated in the fieldtrip we undertook in Bangkok, to study Thailand’s Baan Mankong programme for community-led slum upgrading.

The programme was intense and extremely rich, not only because of the lectures, exercises and groupwork within the course, but also due to the many inputs you get from a city like London and especially from classmates with different backgrounds and experiences, all sharing a similar focus. Indeed, a lot of great learning came from picnics, chatting and beers with my student fellows from all over the world and some of them became my close friends. Though the focus on the course may seem to be quite specific, it is actually very open: each student can find his own way to contribute to the course and follow the path one is more curious about, so these multidisciplinary backgrounds add a lot to the learning.

After my graduation in 2012, I got the opportunity to challenge and deepen my learning, taking part in a 6-month internship programme run by the Asian Coalition for Housing Rights (ACHR) and DPU: I was sent to Cambodia, working on mapping, design and construction with local communities and architects. In this period I also briefly worked in Vietnam and the Philippines. I experienced directly a practice that goes far beyond the boundaries of mainstream architecture and development work, and I decided to stay longer in Asia to learn more about community architecture.

In 2013 I started working with Openspace/Tar-Saeng, a community architecture office based in Bangkok whose works range from universal design for the disabled to community-driven masterplans, both in Bangkok and in Thailand’s provinces. I will work here one more year – the first time since high school that I manage to be in the same place for 2 years in a row! Next year I hope to reach Italy overland and I am not sure about what will happen next, but there are many possibilities out there.

I didn’t have much experience before undertaking this MSc, and during the course I often thought it would have been more fruitful to do it later – as most of my classmates did. But it’s in the following years that I am really appreciating the depth of learning and the change of mindset, which directly influence my work life. In hindsight, I’m happy to have gone through the MSc this early, to direct my professional path towards a direction which I feel coincides more with my beliefs and interests.