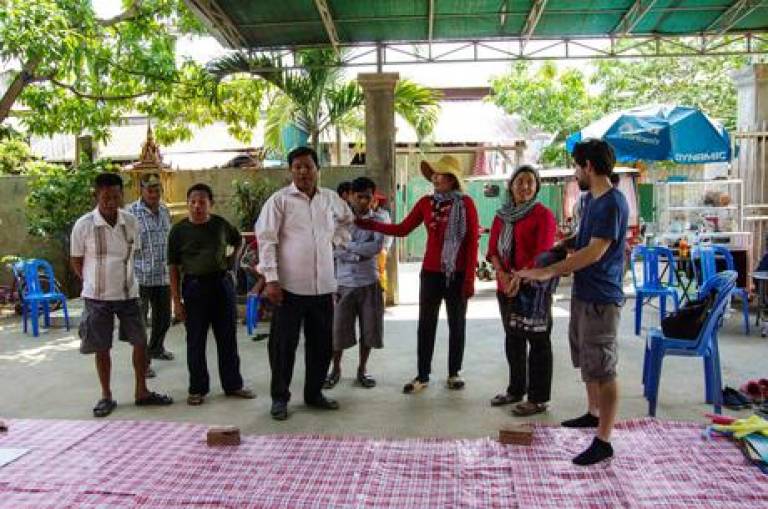 I approached the BUDD course following undergraduate studies in architecture and periods working in practice. Inspired by certain projects I had witnessed, in particular several that involved the eviction of local communities to accommodate new iconic, urban developments, I sought a programme that reconsidered the manner in which contemporary architecture and urban design is practiced.

Working in a township in South Africa, I had been able to witness firsthand the deep social, political and economic injustices inextricably linked to urban design and planning. I wanted exposure to an alternative process of design, beyond one fixated on the aesthetic, beyond design that places the interests of a specific group above the rest.

The opportunity to engage with this alternative both on a theoretical and on a practical level drew me to the BUDD programme and directly influenced the work I have undertaken since the completion of the programme. Currently, I am participating in a research project for the Climate and Development Knowledge Network (CDKN) alongside UCL and Makerere University in Kampala, Uganda, on reducing relocation risk in urban areas.

At the same time, I am working for local NGO ACTogether, part of the National Slum Dwellers Federation of Uganda and Slum Dwellers International, on an international project called ‘Know Your City’, documenting and sharing the experiences of the urban poor and in piloting participatory planning in informal settlements in the city. My experiences from BUDD were integral to this trajectory.

From the very first day, the course challenged me to reevaluate who is involved in the design and production of the urban, to analyse the social, political and cultural qualities both of space and the practices that produce space. This provocation remained a constant throughout the programme as we were introduced to a diversity of case studies and projects highlighting contemporary urban practices.

These tasks were incredibly refreshing as I had previously only encountered very formal approaches to design. The conversations and discussions I had on these topics with fellow students were passionate and endlessly stimulating, reinforcing a sense of optimism within me about the potential for meaningful and positive change in the way we imagine space and design our cities.

The opportunity to reconcile the philosophical and theoretical conceptualisations of design and the urban with action, through field trips and London-based projects, was welcome and the approach has been one I have tried to adopt in my work since. The experience of co-ordinating and designing participatory exercises on the field in Cambodia, and witnessing the potential of community-led practices firsthand, was revelatory.

It answered the question I had asked myself years prior while working in practice: there was an alternative. My interests, both academically and in work since, have centred around this concept, exploring the methods in which those typically excluded from urban practices can contribute to the design of the space they occupy and inhabit.

The process of research for my dissertation, on post-political regeneration initiatives in London, led me to work alongside and support a variety of groups advocating for community, and specifically minority ethnic, interests in planning and architectural initiatives in the city. I felt as if my study, and by extension the course itself, had inspired me to put the theoretical concepts I had investigated into action.

The answers and questions offered by the programme are particularly relevant in a contemporary context, one where the urban has become the central stage in which the social, political, cultural and environmental are manifested. I would suggest, and hopefully without being too reductive, that the most powerful product of the course is the provocation to constantly consider how people influence and interact with the space they occupy, and reciprocally, how spaces influence and interact with those who occupy it.