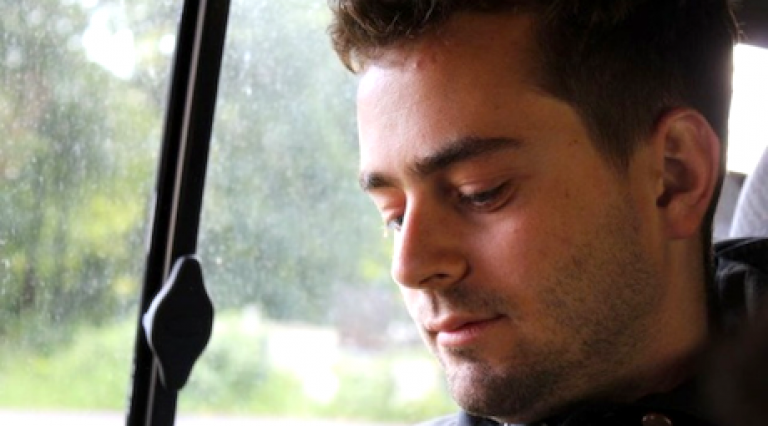 I was first introduced to urbanism in developing countries as an undergraduate student in my home town of Montréal, where I completed my professional degree. The increased complexity and particularities of the challenges specific to practicing urbanism in such settings generated in me a renewed interest in BSc curriculum, often dryer than I had initially hoped. Instead of marking my name down for one of the work placements organized by the school, I left Montréal in 2007 to undertake an internship in New Delhi, far away from the municipal planning offices where most of my colleagues were to spend their summer.

With no actual contract other than an email confirmation, I headed to India to join the offices of Halcrow, an international British consultancy. Initially scheduled to join the Mumbai office, I was transferred to New Delhi on day two; a rather abrupt initiation to the uncertainties of working in emerging economies. While I was hoping to be given the opportunity to develop creative design solutions, of being pushed to cope with the intricacy of an environment facing constant clashes between formal and informal sectors, I was instead required to work on a mega transportation project from the cubicle of my very air conditioned office space.

A brighter opportunity opened itself before I could return home when a co-worker invited me to help in developing an urban design proposal for his home town, a small village called Fazilka with little to no resources. This brief experience came just in time to revive my interest in development planning. It introduced me to community based-strategies and grassroots design, which merged my profound interest in the country’s colourful culture to strategies unrestricted by the dry politics of municipal planning practices.

Joining the MSc BUDD course came as a natural next step as I was still intrigued by the challenges associated with working in low-income economies and more interested by the urban design scale than the less personal one tackled by urban planning. The structure of the programme allowed me to gain exposure to a range of different views and ways to practice urban design, subsequently making it possible to gain a thorough understanding of co-existing (and sometimes dialectical) discourses.

The small size of the group coupled with the sustained attention, thorough knowledge and uninterrupted enthusiasm of our tutors and lecturers made it very easy for me to explore new avenues and ultimately investigating the potential of new ideas. The interdisciplinary nature of the student body representing over 10 countries and composed of young professionals with invaluable knowledge to share added an irreplaceable layer to my learning experience at the Bartlett’s Development Planning Unit.

The course introduced me to myriad types of work in development, ranging from architectural to regional planning programmes, to post-disaster recovery work. I found myself especially interested by a series of lectures focusing on conflicted urbanism, a topic I decided to explore in depth for my master’s dissertation, in which I investigated the potential role of urban design for peace-building in post-war Beirut.

Following the completion of the course, I was given the opportunity to join the offices of Decolonizing Architecture in the West Bank. The project we developed provided an unequalled opportunity to foster a comprehensive understanding of the region characterized by an urbanism of conflict and division grounded in exceptional political structures. As an architect in residence, I gained immense experience working in one of the few design offices truly guided by cultural politics, which directly aligns with my professional interests. The work developed has been presented at numerous exhibitions, including the Architecture Trienniale of Oslo, the Biennale of Seraj and the Roy and Edna Disney / Calarts Theater gallery in Los Angeles.

I also became involved with the BUDD course in assisting the programme director as a post-graduate teaching assistant and visiting tutor on various projects in London (UK), Windsor (UK), Brescia (Italy), Budapest (Hungary), Hasankeyf (Turkey) and Bangkok (Thailand). This experience in academia played a significant role in opening new doors and provided invaluable exposure to the research and teaching environment, something of special importance to me as I aspire to take on a career in the academic world while holding down a small experimental practice.

I later joined the Future Cities Laboratory of ETH Zurich where I worked as a researcher between 2011-15 while also pursuing doctoral studies under the supervision of Marc Angélil (ETH Zurich) and Camillo Boano (UCL BUDD). The dissertation examined the socio-spatial transformation of the Baltimore ghetto in the years leading up to 1968. Following the completion of my doctoral studies, I established a private practice called Atelier Jaeggi + Leclair, where we research, write and edit work related to cities and architecture. I am also the Associate Director of UCLA’s Urban Humanities Initiative since September 2016.