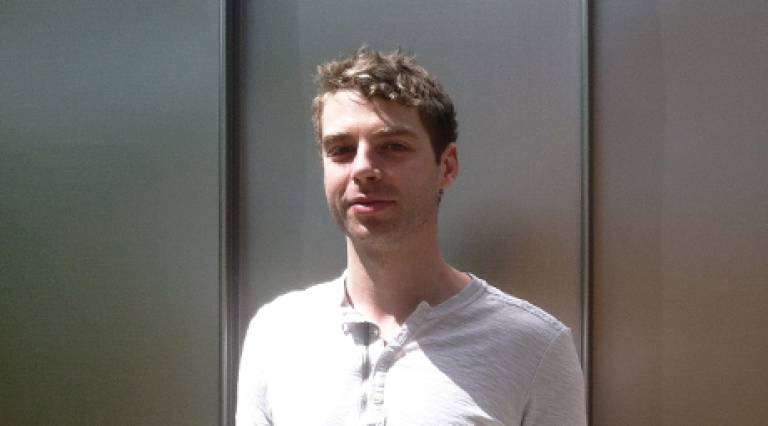 After graduating from the McGill School of Architecture in Montréal, Andrew (@taylorwade) worked in small architecture offices in the US and the UK for four years. Assigned to projects ranging from parking garages to new-build offices and residential additions, the most salient lesson from those years was the limited reach of the architectural profession - the realisation that the vast majority of the world’s buildings rise without formal input from designers.

In many cases, buildings are reduced to economic commodities for profit-driven exchange rather than valued as tangible custodians of civic life. Architecture professes broad aspirations for society, but remains shackled by political and economic externalities. What would it mean to embrace these contexts to facilitate greater equality and empowerment in cites? Perhaps a new layer of meaning could be uncovered by designing with the many rather than for the few.

Cue the MSc Building & Urban Design in Development (BUDD) programme in the Development Planning Unit (DPU). Studying at the DPU nurtured two nascent intellectual capabilities: integrating policy analysis and strategic planning into the design process; and rethinking the relationship between the people that design buildings, the people that build them, and the people that use them.

The programme’s institutional home within the Bartlett - an internationally respected faculty of the built environment - and the Development Planning Unit - a development studies department rooted in the social sciences - allowed development discourse and spatial expertise to inform each other. This composite view was nurtured by collaboration with fellow students, class lectures and the studio module, which acted as a space of synthesis for testing and integrating ideas. The studio concluded in an intense and rewarding month of researching and critiquing slum redevelopment proposals in Dharavi, Mumbai.

After graduating, Andrew applied his experience from BUDD to his role as faculty on the International Honors Program “Cities in the 21st Century” - a comparative cities programme for undergraduate college students. Travelling through New Orleans, São Paulo, Cape Town and Hanoi over the span of one semester allowed the group to research issues of informality, participatory planning and development not only within cities but also across them.

Once the dust settled on four months of traversing the globe, Andrew returned to the US as the J. Clawson Mills Fellow at The Architectural League of New York - a non-profit organisation founded in 1881 that provides an independent forum for creative and intellectual work in architecture and related disciplines. Along with many others, he writes for polis - an inclusive blog about cities across the globe.

In his work, Andrew tries to bridge the gap between different registers of architectural discussion. Why should informal settlement upgrading be shaped by development policy alone? Why should designers only concern themselves with an aesthetic avant-garde? Surely the global challenges of our time - climate change, rapid urbanization, deepening inequalities - present fertile soil for both camps to integrate their efforts.

The BUDD programme facilitated this professional transformation while providing a framework for research and practice to work as parallel threads in the design process. Architecture can be viewed not as an exclusive and restricted profession, but as a critical practice that reaches outward to include marginalized urban populations.

By bringing together talented students from different backgrounds and countries, the BUDD programme functioned as a collaborative workshop of ideas in which professional reinvention was commonplace. In retrospect, it was an important year of professional and personal reflection, marking the moment that design became an ethical as well as technical pursuit.