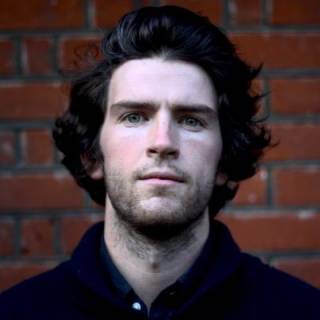 I was born and raised in north London, and studied Engineering at the University of Manchester. After completing my MEng, I moved to Medellin, Colombia and then Buenos Aires, Argentina to work. Upon returning from two years in South America, I earned a place on the graduate scheme for a children’s educational charity, IntoUniversity. Part of my role there was to encourage the young people that used our services to follow their passions when considering their futures. After working there for two years, I took my own advice and decided to return to university, applying for the Environment and Sustainable Development course at the DPU (2015-2016).

One of the many positives of studying at the DPU was the passion of the teaching staff, with many working in the sector alongside their teaching. Because of this, their knowledge of the field, coupled with their willingness to learn alongside their students and desire to discuss new ideas was unlike any teaching experience I had had previously. Learning in this way also helped me understand the links between the theory that we were learning in our lectures and its real-life application, something which came to life during the field trip.

I really appreciated how each student’s diverse background and interests were celebrated as a strength from the outset, by both fellow classmates and lecturers. This inspired me to develop my interest in photography and documentary throughout the course, including during the field trip, when I made a film that won the DPU documentary competition, and when choosing my dissertation topic: “Participatory Video, Justice, and Adaptation to Climate Change”.

Since graduating, I have worked as a consultant for a children’s charity in London, and taken part in a project with UN Habitat and Architecture Sans Frontières in the Kathmandu Valley, Nepal.

It took slightly longer than I had hoped to secure a more permanent role in my area of interest after graduating in September 2016, but since April 2017 I have been working in Freetown, Sierra Leone, for the Sierra Leone Urban Research Centre. We carry out research in informal areas of the city, working with resident’s groups and community organisations, assisting with their advocacy efforts, and attempting to influence government policy in their favour.

I am extremely grateful to have been able to study at the DPU. It has provided me with a solid network of friends and professional contacts around the world, and has allowed me to develop what was previously an interest in development into a career that I enjoy immensely.