The project on Living Heritage as tool to prevent Spatial Violence in Yangon has been funded by the British Council as one of eighteen new research projects looking to generate policy-relevant insights on preventing violence and promoting peace in countries of the Global South. 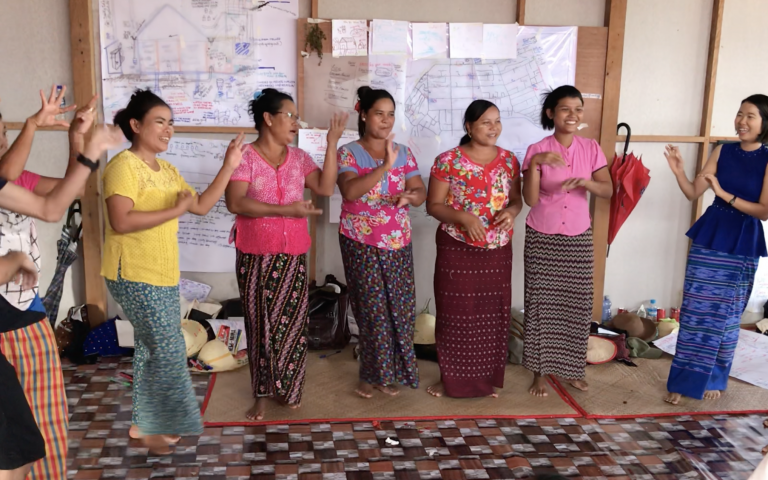 Through its Heritage, Dignity and Violence programme, which is funded by the UK’s Department for Business, Energy and Industrial Strategy (BEIS) under the Global Challenges Research Fund, the British Academy seeks to support innovative interdisciplinary research and facilitate international collaborations in the humanities and social sciences. The 18 projects funded under this programme will deepen understanding of the role of history, culture and heritage in overcoming violence and attaining sustainable peace.

The DPU-led proposal 'Framing Living Heritage as Tool to Prevent Spatial Violence' has received £298,782 of funding, and will be led by DPU's Dr Catalina Ortiz and co-led by DPU's Dr Giovanna Astolfo and Dr Camillo Boano alongside local partners (names are not displayed here due to security concerns).

The project is based on the notion that dignity is at stake when human rights are threatened by forced eviction and resettlement as key modalities of spatial violence. In the pursuit of Sustainable Development Goals 11 and 16, the protection of cultural heritage and the promotion of inclusive and peaceful human settlements are crucial. Myanmar’s governments have used forced relocation and land confiscation since the 1950s, as a means of achieving ‘Burmanisation’ through acts of spatial violence perpetrated against ethnic, political and religious minorities and the urban poor. Despite an emergent democratisation process, threats of evictions remain. This project explores the intersection of heritage, land/housing rights, conflict and forced displacement as central issues in the urban dimension of Myanmar’s peace-building processes.