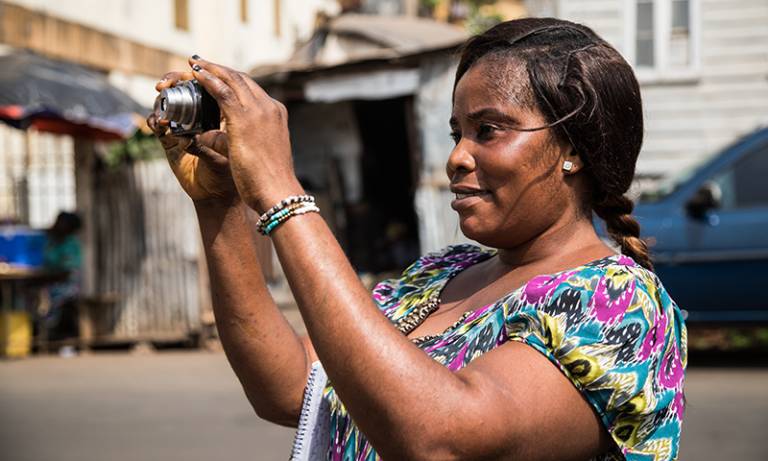 In February 2018, SLURC and the DPU teamed-up to realise a week-long participatory photography workshop in Freetown, Sierra Leone with the intended aim of exploring the interface between citizens’ media, photography and urban planning.

Throughout the week, ten participants from the Cockle Bay and Dwarzack informal settlements were trained in visual literacy and camera skills by facilitators Alexander Macfarlane (DPU) and Alexander Stone (DPU alumni and former SLURC intern) in order to produce their own photo stories around issues in their areas. 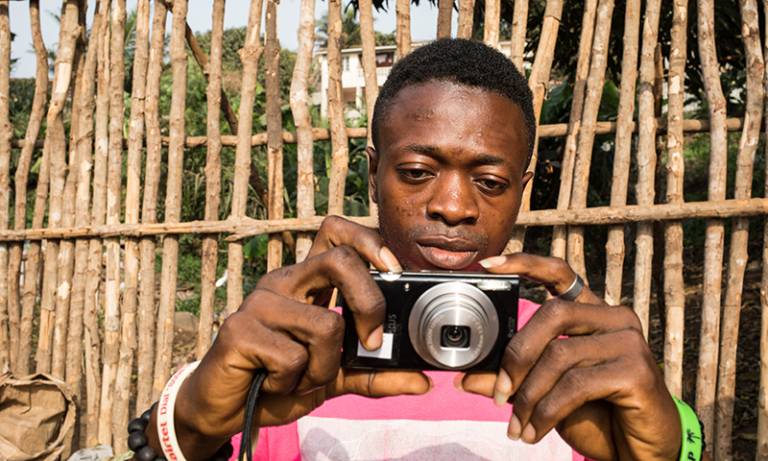 One of the aims of the workshop was to feed into the upcoming research project on ‘The Role of Action Area Plans for Inclusive City-Making in Freetown’ between the Sierra Leone Urban Research Centre (SLURC), the Development Planning Unit (DPU) and Architecture Sans Frontieres UK (ASF-UK).

The workshop also emerged from a consideration of the fact that residents of informal settlements often struggle against negative representations, and lack the opportunity to tell their own stories. The workshop therefore considered the role that citizens’ media and community photography could play in urban planning, and how groups of citizen journalists could use photography as a tool to self-represent, create their own narratives, recodify collective identities and interact with mainstream media discourses. A long-term intention for the legacy of the workshop is to begin developing a network of potential citizen journalists who could continue to produce audio visual outputs for SLURC.