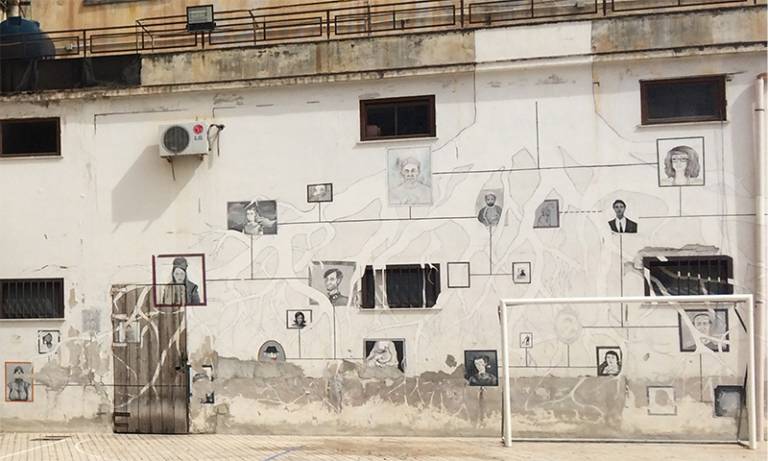 Since its inception in 2010, the DPU summerLab has aimed to question the way in which urban environments are understood and produced, looking at the realities of different urbanisms and leveraging the city as a laboratory to think, learn and experiment socially responsive design strategies. Using design methodologies and engaging directly with local organisations, the immersion in different urban realities allows participants and partners to read and interpret the city, its conflicts, opportunities and spatial realities, and to envision alternative rules of engagement.
In its 2016 series, the workshop took place in four cities that are going through particularly contested processes of urban production, witnessing the tension between different actors in relation to who has control over the production and appropriation of urban space; Beirut, Palermo, Barcelona and London.
With a few months of delay, this publication (edited by Giorgio Talocci and Camila Cociña) aims to give space to some reflections emerged during the four DPU summerLab, both from the organisers as from participants, whose voices give account of the different experiences and learning emerged from the workshops. Particularly, we present here a series of dialogues between DPU members and the partners in each of the cities; these dialogues look to explore how the specificities of each case interact with wider urban dynamics and challenges, and how the personal trajectories of the partners as activists, professional and scholars, as well as the paths of local organisations involved on it, are challenged and shaped by the experience and outcomes of the workshops. In presenting these reflections, this publication seeks to contribute to the collective struggles of each of our partners, as well as to wider debates about the role of design in the process of reclaiming, envisioning and raising socially responsive strategies of city production.
DPU summerLab is a collective endeavour, owing much of its success to the endless effort and enthusiasm of our friends and collaborators, who brought ideas and suggestions during the preparation and realisation of the 2016 programme. We wish to share our deepest appreciation to all the coordinators, partners and participants, specifically: in Beirut, Dalia Chabarek and the team of The Lebanese Academy of Fine Arts, ALBA; in Palermo, Deborah Navarra and Sharon Ambrosio from Urbanita, the tram of Push and the Scuola Politecnica - Università di Palermo, and Ricardo Martén Caceres for taking part in the coordination; in Barcelona, Carmen Mendoza, Zaida Muxi, the team of the Master of International Cooperation Sustainable Emergency Architecture (MICSEA), School of Architecture, UIC, as well as Catalina Ortiz for leading the workshop; and in London, to Stephen Kenny from The Baring Trust, as well as Kay Pallaris for putting forward this initiative and Camila Cociña for helping facilitating the workshop. The assembly and design of this publication was led by Azadeh Mashayekhi and Giorgio Talocci.
The pamphlet is available for download here.