Learning and the housing crisis: Voices from London schools 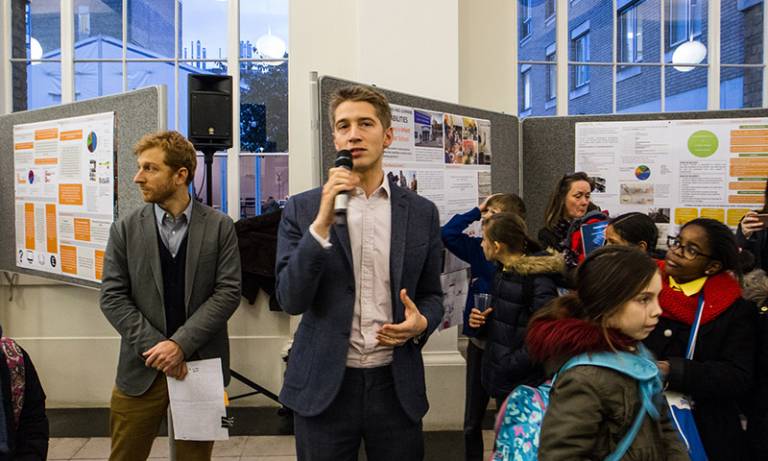 The event showcased the process and findings of an action learning collaboration between Citizens UK, staff and students of the MSc Social Development Practice at UCL’s Development Planning Unit, students from Middlesex University, and staff and students from 10 London Schools. The action learning project built on concerns about the impact of London’s housing crisis on education, which were voiced during the listening campaign that informed the Citizens UK Housing Manifesto in 2015-16. Some of these concerns were captured in the 2016 UCL report Campaigning through Images: Exploring Housing Rights in North London. 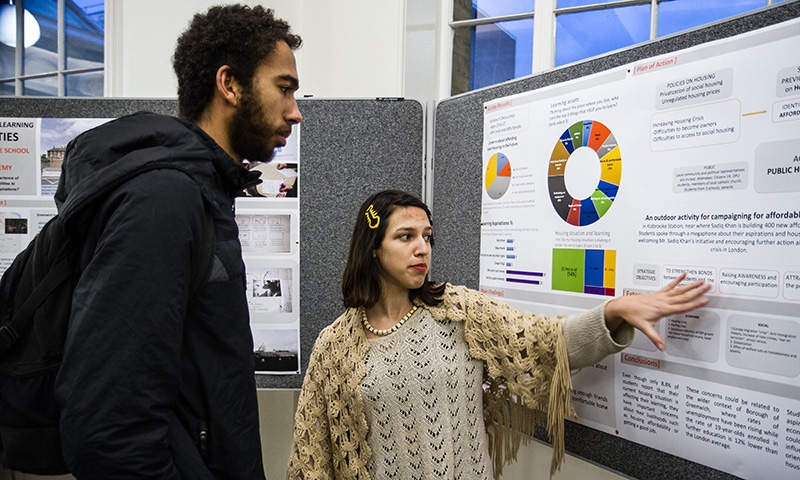 The project aimed to produce lessons for all stakeholders about the impact of housing on learning, and potentially to serve as a pilot project upon which future academic research could potentially be built. Among many interesting findings, the learning impacts of crowded homes came out strongly in some of the survey data, highlighting noise and lack of space as barriers to completing homework. One concrete proposal by pupils in response to the findings was a homework club at school, which would provide the space and quiet some students lack due to their housing conditions. A final report of findings and proposals for action on the housing issues affecting school students’ learning will be compiled and posted on the DPU website later in 2017.

The project also led to some unexpected outcomes: one UCL student group has been invited by teachers of St Mary’s Priory Catholic Infant and Junior School to present their findings along with pupils at a general assembly attended by the Mayor of Haringey, Cllr Ali Gul Ozbek, on Friday 19 January 2017.

Speaking alongside other university and school students at the exhibition, UCL student Magdalena Simonetti-Reyes congratulated school pupils for their contributions and encouraged them to remember that they have the power to make a difference through social action.

Check out the full gallery of images on our Flickr channel

View the latest DPU video on our YouTube channel

Look over the latest DPU blog