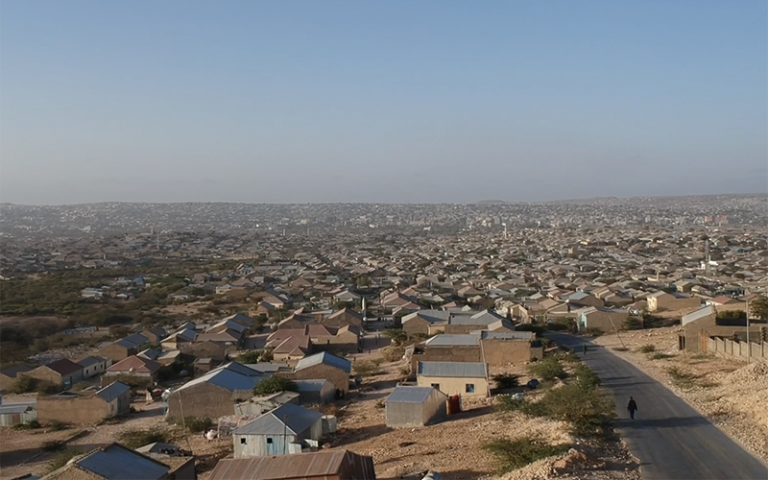 In collaboration with the Institute for Research, Heritage Preservation and Development (IRHPD), and Redsea Cultural Foundation

Please notice the DPU, with the support of Redsea Cultural foundation, will provide sponsorship to ten participants to support their participation to the DPU summerLab in Hargeysa. For more details on funding, selection criteria, and to apply, please download the DPU sponsorship application form.

Hargeysa, the capital city and commercial hub for the internationally unrecognised state of Somaliland is a rapidly expanding city of about 800,000. Almost completely reduced to rubble by the forces of Siyad Barre’s Somalia government in 1988, this ex-British administrative centre has seen its population mushroom as people have returned from exile in refugee camps in Ethiopia and from a dispersed globally diaspora. The city now houses about a third of Somaliland’s population, although the lack of census data makes that hard to substantiate.

Unilaterally declaring independence from Somalia in May 1991, Somaliland embarked on a series of peace and state-building conferences over the following six years, with major conferences in 1991, 1993 and, finally in Hargeysa in 1997, eventually adopting a new constitution and establishing the basis for a system of multi-party democracy that continues to evolve today. The past 22 years have been notable for their peace and stability. Indeed, it is precisely that period of sustained calm that has enabled Hargeysa’s rapid expansion. The city is today a bustling commercial centre boasting strong links with a diverse array of trading partners around the world, facilitated by sizeable diasporic communities in the Gulf states, US, Canada, Netherlands and UK amongst others.

The city is divided along clan lines, with areas dominated by each of Somaliland’s main clan groups. While there is no formal restriction on where a person may buy land or live, strong social norms ensure neighbourhoods remain relatively segmented. Most housing adopts a villa style within a compound, which retains the pastoralist custom of a temporary dwelling (known as an aqal) in an enclosure. Unsurprisingly, the wealthier the household the more lavish the villa, but most still adopt that broadly similar pattern, from small tin dwellings to large multi-storey structures. A significant number of the poorest, though, live in aqals adapted from rural use, either clustered in Internally Displaced People areas, or dispersed between existing plots.

Infrastructure in Hargeysa has expanded in a haphazard manner as the city has grown. The relatively small municipal electricity grid now extends to an area covering only a minority of those living in the city. Much electric power is supplied by small- or medium-scale neighbourhood generating businesses that use diesel generators. This has the dual effect of making Hargeysa’s power supply remarkably resilient, but also amongst the most expensive anywhere. It is also notably environmentally inefficient. Water is similarly largely privatised, with the piped municipal supply restricted in scope and availability. Most residents rely wholly or partially on supply by donkey cart for the poorer residents or tanker for those who can afford it. Roads are poorly maintained, with many sealed by local communities looking for improved connectivity with the rest of the city.

A rising religious conservatism has affected the city significantly since the 1990s with madrassas (Islamic schools), often funded by patrons in the Gulf, filling the gap left by the collapse of the state-led education system. Also, diaspora Somalis returning from abroad often brought with them a more conservative understanding of Islam based on the salafist or Wahhabist traditions they encountered while away. This has resulted in significant alterations to Somali culture which has long been based on relatively tolerant Sufi traditions that permitted a high degree of mysticism. One consequence of this is that some of the more vibrant aspects of Hargeysa’s street life, which included ‘stereo shops’ with large speakers on the street playing Somali popular and traditional music, and offering bootlegged copies of Bollywood films and music playlists, have completely disappeared.

Somaliland nevertheless boasts a rich array of pastoralist cultural traditions, with poetry playing a central role in social and political discourse. Extended periods of conflict and climate-related crisis –most notably increasingly severe and frequent droughts – have driven urbanisation and resulted in rapid changes in cultural practice. Hargeysa’s physical heritage was largely destroyed in 1988, and what remained has mostly fallen victim to the rapid urban expansion that has occurred since. Nevertheless, the urban form retains many discernible elements that reflect a distinctly Somali identity and culture.

This summerLab will focus on understanding local cultural forms in an urban context substantially altered by past conflict and climate crisis. It will encourage participants (who will, as far as possible, include an equal proportion of local and international delegates) to explore ways that pastoralist and contemporary customs can be retained in a manner that contributes to a positive urban identity in the current period. This will extend to an examination of the ways urban space can be used to encourage social cohesion even where local custom tends to favour the compound dwelling secured behind walls or other barriers. The summerLab will encourage this exploration using a co-working approach, that seeks to bring local and international urbanists together in a dialogue that culminates with the presentation of innovative and exploratory ideas on how Hargeysa might best serve its residents.

Please notice the DPU, with the support of Redsea Cultural foundation, will provide sponsorship to ten participants to support their participation to the DPU summerLab in Hargeysa. For more details on funding, selection criteria, and to apply, please download the DPU sponsorship application form. For any information or to register your interest, please write to us at dpusummerlab@ucl.ac.uk. Please follow our Facebook page for updates!