Flora Roumpani is an Architect Engineer and completed her PhD at CASA in 2018. 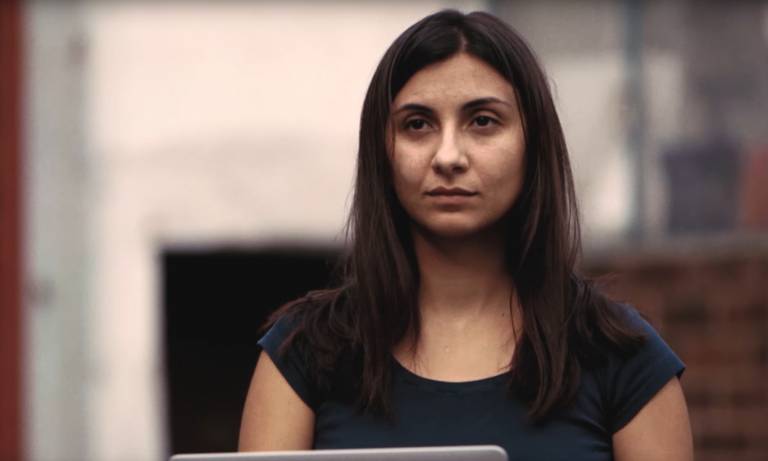 Role & Project: Flora completed her PhD at CASA in 2018 and worekd as a Researcher on Intel's Capstone project. Having worked as a town planner, she joined CASA in 2011 to study on the MRes ASAV programme.

My research is focused on procedural based urban planning. I am interested in exploring generative design approaches using urban modelling and analytics. In particular how to develop 3D urban scenarios for testing different planning interventions. I am also interested in creative technology, and how to use visualizations and systems such as drones, animations, mixed reality, video projection and 3D Printing to communicate complex urban notions and engage the public.

I worked at CASA as an RA on Capstone, an Intel funded project for visualizing live datafeeds in Queen’s Elizabeth Olympic Park. Our work was primarily focused in using Mixed reality for the development of interactive applications which were used to view the “invisible space” of the park. My PhD was on how new techniques in visualization and analytics can shape the future of urban planning. Prior to this I was involved in the RemapLima project which used mapping drones to engage citizens in participatory mapping expeditions and explore new innovative 3D mapping pathways. We have been running the “Drones for Good” workshops with Richard Milton and currently I am giving talks on the use of procedural modeling for the generation of age building data with Polly Hudson and developing mixed reality applications for NHS.

What is the most useful thing you’ve learned since you arrived at CASA?

CASA has opened my horizon to multiple different viewpoints. From IOT and smart cities, to urban science and the world of mathematical modelling, CASA works with a unique range of different projects and people, offering the opportunity of integrating the state of the art in urban research.

Where can people find out more about your work? Blogs, Papers, Public Talks, Project Websites