This programme pioneers a fresh and critical approach to architecture and historic urban environments at a world-leading architecture school. 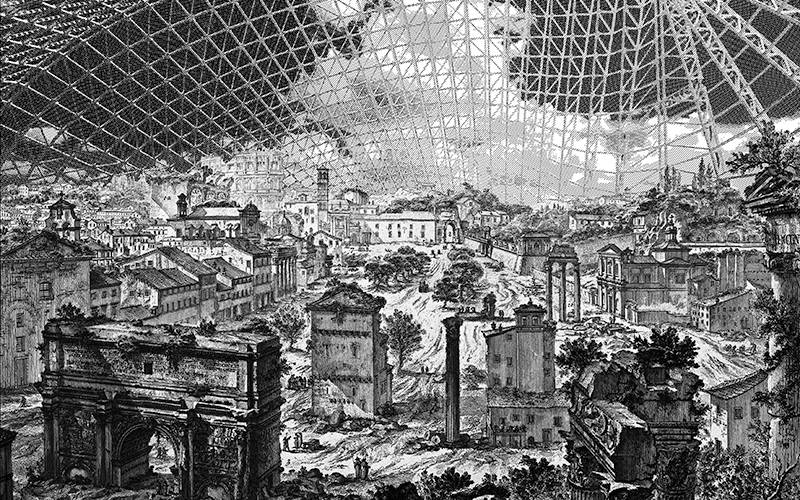 Preservation, far from safeguarding our built heritage, is having an adverse effect on historic urban environments. This programme pioneers a fresh and critical approach that promotes architectural and artistic interventions which rejuvenate and reinterpret historic environments at all scales, from innovative street furniture to city planning.

Students examine cities from around the world, beginning with one of the most exciting of all, London. Working alongside historians and researchers from The Survey of London team, students learn the processes of urban surveying, recording, mapping and analysis alongside urban strategies and key issues concerning cultural heritage.

In tandem with developing a robust theoretical and practical understanding of sites, students have the opportunity to develop their own design practice, thinking creatively about how historic urban environments might thrive, rather than just survive in the future.

In this module students are introduced to the issues, approaches and questions related to historical research. They consider how architectural disciplines express concepts and theories regarding urban environments in case studies ranging from rapidly growing economies to developing nations.

Students learn about the different design-based research methods they will need throughout the programme, including elements of design, architectural history and theory, cultural studies and urban theory. Students are set a design brief and work in small groups to investigate contemporary architectural solutions, urban conditions and social, economic and cultural practices, and propose creative interventions that challenge, reinterpret, reuse and enhance the historic environment.

The work undertaken on this module builds upon the knowledge and skills gained in Design Research for Historic Environments. Students work with the same brief to develop their own design proposals for either reusing and reshaping a chosen site or producing a broader design strategy for an urban environment. Students develop their skills in digital design and fabrication and can present their project in the form of a portfolio accompanied by physical or digital models, a series of photographs or drawings, or an animation or film.

Surveying and Recording of Cities (30 credits)

Through a series of lectures, seminars, practical workshops and walking tours of London, this module teaches students how to document urban historic environments in social contexts.

Using London as a case study, students also explore methods for the surveying, researching and recording of architectural heritage in cities, keeping in mind that urban fabric is an expression of social history. Students build a robust knowledge of how to read the city, its architecture and its topography with a view to understanding historic context, as well as techniques for assessing and investigating architectural heritage, such as fabric analysis and archival research.

Guided by their specialist supervisors, students draw upon the work carried out over the course of the year to produce an original research project in the form of a dissertation, design proposal, film, artwork, gallery installation or digital scripting. Students’ research projects can be sited anywhere in the world and examine how the historic architectural and urban contexts, or the role of design, theorisation implementation and management, can help to reinterpret and reinvigorate the existing urban fabric.

Students complete 30 credits from modules either on this programme or other programmes at The Bartlett School of Architecture. Options include, but are not limited to:

Using London as a primary case study, students develop an understanding of how the built environment is shaped by its global connections and population flows, from 1900 to the present. Drawing on the work of the UCL Urban Laboratory, students engage with key debates in the history and theory of urban change to theories of identity, critical heritage and equalities, and how this is crucial in understanding the city’s urban heritage and futures. They then produce an expanded project through archival research and/or fieldwork carried out at a London site.

This module is part of Architectural History MA.

This module is part of Architectural History MA.

This module is part of Situated Practice MA.

This module is part of Space Syntax: Architecture & Cities MSc/MRes

A minimum of a second-class UK degree in an appropriate subject or an overseas qualification of an equivalent standard. Candidates who hold either a professional or other qualification, obtained by written examinations and approved by UCL, together with at least three years of appropriate professional experience may also be admitted.

A design/creative portfolio is also expected. Applicants will be asked to submit a portfolio of their design work once their completed application has been received, and should not send or upload work until it has been requested.

We strongly advise early application, as our programmes are over subscribed and competition is high.

Dr Edward Denison is a Lecturer at The Bartlett School of Architecture (UCL), where he is also Director of the MA Architecture and Historic Urban Environments. His research focuses on modernism and non-western experiences of architectural modernity. Over the past two decades he has worked on a variety of research and heritage projects in different global contexts, including Asia, Africa and Europe. In 2012, his PhD on modernism in China received a Commendation in the RIBA President’s Award for Outstanding PhD Thesis and in 2016 he won the RIBA President’s Medal for Research for his work on the UNESCO World Heritage Nomination of Asmara, the modernist capital of Eritrea.

Murray Fraser is Professor of Architecture and Global Culture, as well as Vice-Dean of Research, at the Bartlett School of Architecture, University College London (UCL). He has published extensively on design research, architectural history & theory, urbanism, post-colonialism and cultural studies. As part of his Bartlett teaching work, he founded the MA Architecture and Historic Urban Environments course.

He is currently General Editor for the fully rewritten 21st edition of Sir Banister Fletcher’s Global History of Architecture (Bloomsbury, forthcoming in 2018), as well as Editor-in-Chief of the ARENA Journal of Architectural Research (AJAR).

Eva Branscome is an Austrian-American architectural historian and writer based in London. Her accomplishments in protecting the architectural heritage of the recent past, when working for the Twentieth Century Society, led to the inclusion of more than 50 post-war buildings on the statutory list of historic buildings in England and Scotland (including the US Embassy, Barbican Estate, Lloyds Building, and University of East Anglia).

Her doctorate at the Bartlett School of Architecture, which was supervised by Professor Adrian Forty, involved a rethinking of Postmodernism through the work of the celebrated Austrian architect, Hans Hollein. On completing her thesis, she was awarded a Postdoctoral Fellowship by the Gerda Henkel Foundation to research into the Museum Abteiberg in Mönchengladbach, a building that was widely regarded as Hollein’s masterpiece when it opened in the early-1980s.

Eva has taught at University College London since 2012, both in the Bartlett and in the History of Art Department. She has published many essays on the history of modern architecture, and her book on Hans Hollein and Postmodernism: Art and Architecture on Austria, 1958-1985, which is based upon her PhD thesis, will be published by Routledge in late-2017.

Hannah Corlett is co-founder and director of ASSEMBLAGE, a London-based studio of architects and urban designers. Key projects by the studio include winning schemes in the international competitions for the $1bn Iraqi parliament complex and 50-hectare masterplan and the UN-HABITAT (United Nations Agency for Human Settlements) fully integrated, economic housing settlements in Iraq. Currently ASSEMBLAGE is leading the new design district at the heart of the Greenwich Peninsula Masterplan.

Prior to leading design at MA-AHUE this Hannah led a Masters Unit in Urban Design at The Bartlett undertaking long-term research of the challenges of global urbanisation, specialising in non-regulated housing settlements. Prior to ASSEMBLAGE, Corlett worked with Niall McLaughlin and Will Alsop and studied at the The Bartlett and Winchester School of Art. Corlett was Highly Commended at the International Women in Architecture Awards in 2014 and is a member of the academic steering committee for CLOUD (Centre for London Urban Design Research).

Peter Guillery is an architectural historian and editor for the Survey of London, the topographical series founded in 1894 that is now part of The Bartlett School of Architecture. His work for the Survey of London has covered areas ranging from Marylebone, to Clerkenwell, Whitechapel, Woolwich and the Isle of Dogs. Away from the Survey his publications include The Small House in Eighteenth-Century London (2004), Behind the Façade, London House Plans 1660-1840 (2006, with Neil Burton) and, as editor, Built from Below: British Architecture and the Vernacular (2011) and Mobilising Housing Histories: Learning from London’s Past (2017, with David Kroll). He is a Fellow of the Royal Historical Society, and serves on the editorial committees of the London Journal, the London Topographical Society and the Georgian Group.

A broad spectrum of other senior staff from The Bartlett School of Architecture will give lectures and seminars during the course, as well as distinguished visiting lecturers.

The Bartlett School of Architecture is one of the world's top-ranked architecture schools and our graduates enjoy excellent employment opportunities. About The Bartlett School of Architecture 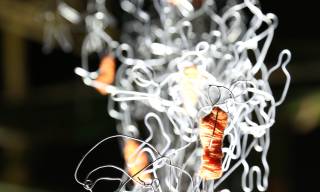