The prize, awarded by The Architectural Review and Architects' Journal, recognises the achievements of women in architecture. 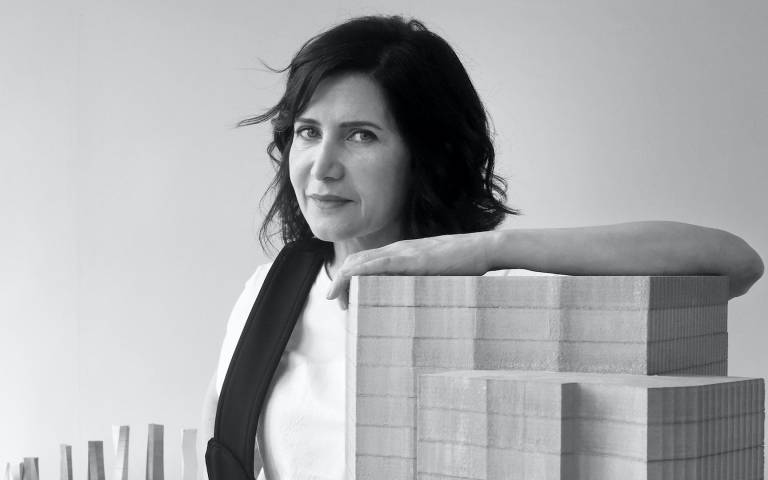 Farshid, who is an educator and writer as well as an internationally renowned architect, received the award in recognition of a brilliant career and her role in elevating women in the industry.

Launched in 1998 and named after modernist trailblazer Dame Jane Drew, the award is part of the W awards series, previously known as the Women in Architecture awards, and celebrates the brightest female and non-binary talent in architecture and the built environment, from leading lights of the professional to exceptional emerging talent.

Farshid graduated from The Bartlett in 1989, and also studied at Harvard's Graduate School of Design and the University of Dundee. The British-Iranian architect is known for buildings such as the Museum of Contemporary Art in Cleveland and the award-winning Yokohama International Ferry Terminal. She is currently working on the first Ismaili Center in the USA in collaboration with Thomas Woltz Nelson Byrd Woltz Landscape Architects, Hanif Kara and Paul Westlake.

Alongside leading her award-winning architectural practice, Farshid Moussavi Architecture which she founded in 2011, she has been Professor in Practice at Harvard University Graduate School of Design since 2005. She was elected a Royal Academician in 2015 and Professor of Architecture at the RA Schools in 2017, and received an OBE in 2018 for services to architecture. She lectures regularly at art institutions and schools of architecture worldwide, and is a published author. In 2021 she was also announced as a Bartlett Visiting Professor.

“Connect your work with the social and po​litical context around you so it remains relevant. Don’t assume that you know what architecture is, and don’t assume that other people’s responses to the world around us have to be the same as yours. Being independent and enjoying the work you do is really important because it comes out through the work eventually.”

Farshid will speak at the W Awards lunch on 03 May, where her award and the winners of the Moira Gemmill Prize and MJ Long Prize will be celebrated.