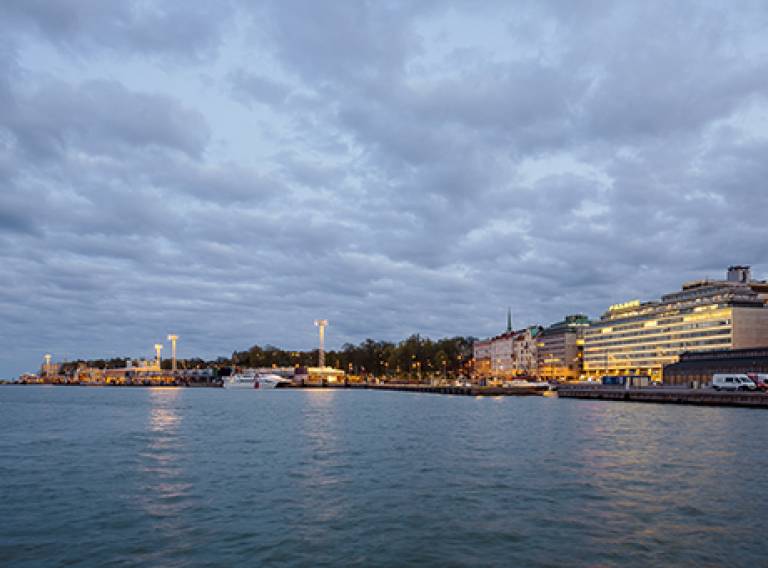 Bartlett alum Asif Khan has been shortlisted for the Guggenheim Helsinki design competition. Khan is the only UK finalist among the six emerging practices shortlisted from a record 1715 entries from 75 countries.

The competition is to design the new £83 million Guggenheim Helsinki art museum in Finland. The new building will join Frank Lloyd Wright's Guggenheim in New York and Frank Gehry in the Guggenheim Bilbao.

An 11-strong jury, which included founder of Artelier Bow-Wow Yoshiharu Tsukamoto, chose the schemes from the first stage design submissions. While the names of the shortlisted practices have been revealed, their competition submissions remain anonymous.

The finalists will all now be asked to work up their proposals for the second-round deadline in March. The winner will be announced in June 2015 and will be awarded €100,000, with each runner-up receiving €55,000. No start date has been announced for the project.

Asif Khan graduated from The Bartlett School of Architecture in 2004 winning the Donaldson Medal for best student. He then went to study at the Architectural Association (AA). Notable projects include the MegaFaces Pavilion at the Sochi 2014 Winter Olympics (awarded a Cannes Lions Grand Prix for Innovation); the Coca-Cola Beatbox Pavilion at the 2012 Olympic Games in London (with fellow Bartlett graduate Pernilla Ohrstedt).