Mount Rushmore of the Digital Age 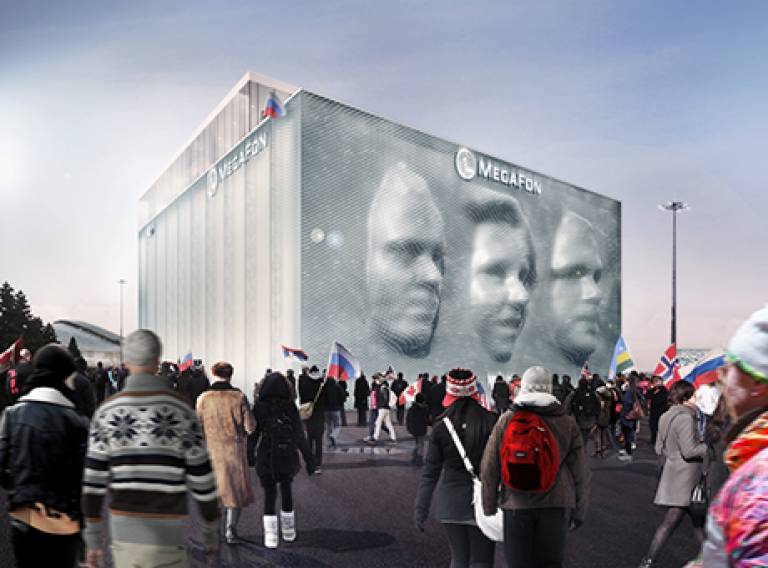 Bartlett School of Architecture alum Asif Khan has designed a façade for the 2014 Winter Olympics Pavilion in Sochi, dubbed the "Mount Rushmore of the digital age".

The installation, called 'MegaFaces,' functions like a huge pin screen where narrow tubes move in and out, transforming a flat facade into an interactive 3D surface capable of morphing into the shape of any face.

It will display up to three eight-metre-high faces at a time for a period of 20 seconds each, and anyone visiting the games will be able to participate by visiting a 3D photo booth and having their face digitally scanned. Five photographs will be taken of each participant's face from different angles, before being assembled into a single 3D image.

Khan created the project with design and engineering group iart, which he worked with on the Coca-Cola Beatbox Pavilion at the London 2012 Olympic Games with fellow Bartlett alum, Pernilla Ohrstedt.

The structure, sited at the entrance to the Olympic Park, opens on February 7 2014.